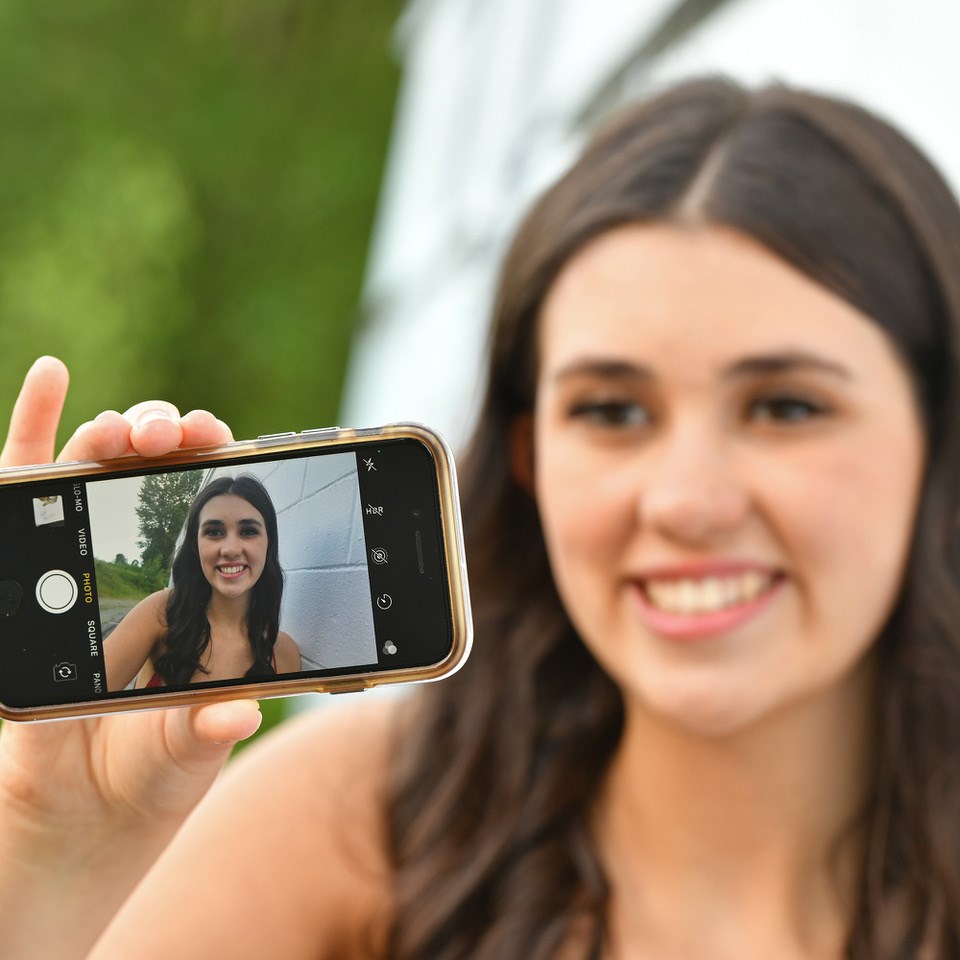 A student shares a photo during graduation. A Port Coquitlam studio is offering grads $10 photo sittings, with funds raised going to charity.Photo Expressions

Tri-City graduates may have fewer opportunities to get dressed up and celebrate with big parties and events.

But they can still have good memories, says the owner of a Port Coquitlam photography studio.

Ron Comeau, owner of Photo Expressions, says he sympathizes with teens who may have planned for a big celebration but now can only have scaled-back gatherings — many of them drive-thru or virtual.

“They watched one thing cancel after another. They realized they weren’t going to get very much,” said Comeau, whose daughter is graduating from Pinetree Secondary this year as a valedictorian.

“Hopefully, this will make them strong resilient adults,” said Comeau.

To help students make a keepsake of their final year at high school, he’s offering grads a reduced price on photo sittings of $10, with the funds used to provide breakfast meals at a Coquitlam area school.

Last year, more than 20 students took advantage of his offer, which raised more than $200 for a school in Maple Ridge, where his business was formerly located.

Now, Comeau is hoping the same number or more students put on their grad finery and get their photo taken for a 2021 grad class memory.

There is no requirement to purchase photos — they are available on social media — but students who do buy them will get a discount, Comeau confirmed.

Comeau, a Terry Fox Secondary graduate, said he wants give students something to remember this challenging year.

He has three children attending three different schools in Coquitlam — all of which had COVID-19 exposures over the year. “It became pretty routine after awhile,” said Comeau.

But he thinks students, including the graduating class, put up a remarkable display of fortitude as they dealt with all the challenges handed to them over the last several months.

“I think the kids adapted to this better than a lot of adults. A lot of adults were complaining, ‘It’s either too much or not enough’ but kids just follow along with what’s happening.”

Meanwhile, at Terry Fox Secondary, graduating students had their photo taken with a drone.

'A day to celebrate': Port Coquitlam grads get their special photo moment from a drone https://t.co/rPaVmWdonv pic.twitter.com/k59TrBEpOD