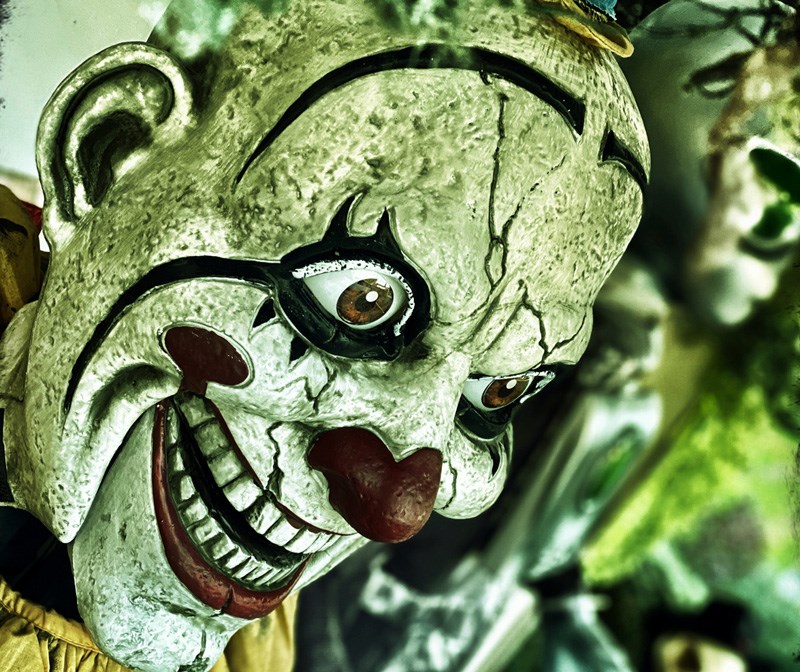 A ghoulish clown is part of a neighbourhood Halloween display that spans three houses on Crest Court in Coquitlam. The drive-thru display is open on Friday and Saturday night, from 6 to 10 p.m. Donations are being accepted for the Pacific Autism Network.SUBMITTED PHOTO

But instead of Santa and his reindeer, this holiday is being delivered by ghoulish clowns and frightening aliens from another world.

Mikael’s dad, Peter, said his son — who’s on the autism spectrum — loves Halloween so much, it trumps the excitement of Christmas morning.

But when it became apparent the ongoing COVID-19 pandemic would scuttle traditional plans for dressing up and going trick or treating door to door in their Coquitlam neighbourhood, something else had to be conjured to provide the full Halloween experience.

So Peter Raptis reached out to some of his neighbours on Crest Court and, in three weeks, they put together a frightening drive-thru display that will have visitors clutching their steering wheels and keeping their car doors locked.

Raptis said the idea of collaborating to build an elaborate Halloween tableau that people could enjoy from the safety of their vehicles came from similar efforts this past summer at the Pacific National Exhibition grounds, aimed at keeping the spirit of that annual fair alive even as public health restrictions continue to restrict large gatherings.

The display covers three front yards that people in their cars, or even walking, will be able to pass by travelling one way along Crest Court — entering off Gatensbury Drive then exiting onto Ridge Court.

It’s comprised of a crazy clown funhouse, a cemetery and alien visitation that will feature a fully decked-out hearse on Saturday night, and a pet cemetery.

Eerie music and a smoke machine ensure a multi-sensory experience.

Treats in pre-packaged bags will also be handed out by long grabber sticks and any donations collected go to the Pacific Autism Network that will be matched by Raptis.

He said his small idea to keep his son excited for Halloween rapidly spun out of control. But now that it’s come together, Raptis hopes it can grow along the street in future years.

And as people rethink their normal way of doing things so they can stay safe in a pandemic, neighbourhood frights could become a new tradition, ensuring a double-dose of excitement late in the year.