Two men facing new criminal contempt of court charges despite not being arrested on days of alleged violations in Burnaby
Jan 7, 2020 1:57 PM By: Kelvin Gawley 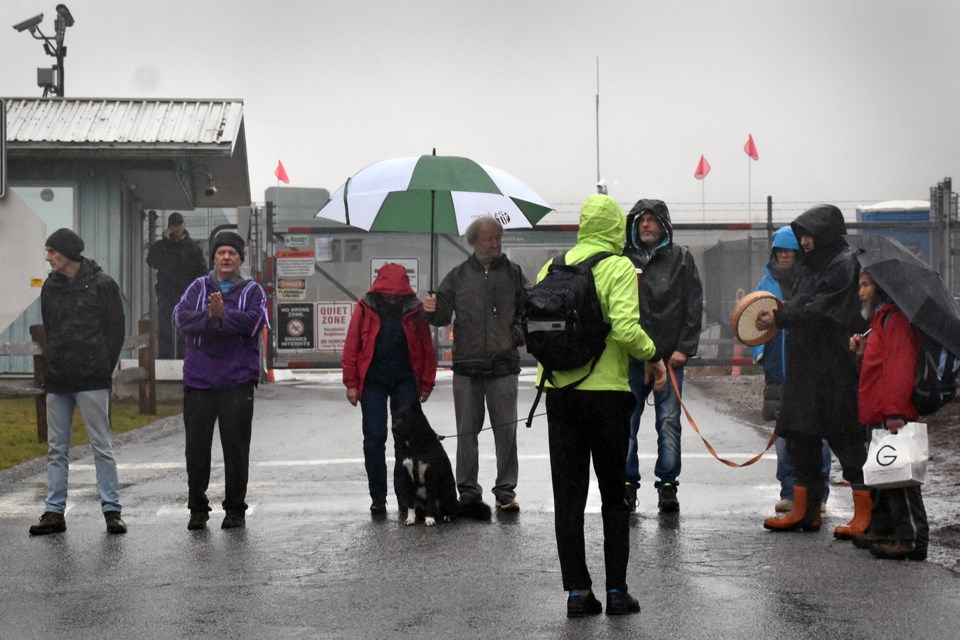 An opponent of the Trans Mountain expansion project says he was “blindsided” and “dumbfounded” when he learned he was facing a new criminal contempt of court charge for allegedly violating an injunction meant to prevent interference with work on the pipeline.

Jim Leyden said the news came as a surprise because he and his co-defendant Stacy Gallagher were never arrested for the alleged violations.

The two pipeline opponents were charged on Dec. 31, 2019, weeks after three alleged incidents in which one or both of them violated the injunction, according to B.C. Supreme Court filings from Trans Mountain.

More than 200 people have been arrested for violating the injunction during previous blockades of Trans Mountain’s Burnaby Mountain tank farm and Westridge marine terminal. Many of those arrests led to convictions and jail time for protesters.

Leyden and Gallagher were convicted for violations in the summer of 2018 and are awaiting sentencing – but the new charges are the first to come in connection to incidents in which the defendants were never arrested.

Instead, Trans Mountain (a Cown corporation since being purcahsed by the federal government in 2018) cites eyewitness accounts from its security personnel and its own video surveillance as evidence.

According to Trans Mountain’s filing, Gallagher was recognized on Nov. 15 by a security guard as he stood with other protesters in the tank farm’s driveway, preventing a truck from exiting the property. An RCMP officer “familiar with Mr. Gallagher” later watched surveillance video and recognized him “committing these actions,” according to the company.

Both Leyden and Gallagher blocked the driveway on Dec. 2, and Gallagher did so again on Dec. 18, according to Trans Mountain, citing more surveillance footage and security reports.

While Trans Mountain says there were several participants in each of the three blockades, only Gallagher and Leyden are being charged. The company says the two men are guilty because they were made aware of the injunction when it was broadcast at a Westridge blockade on Aug. 21, 2018.

This knowledge proves Leyden and Gallagher “had notice of the order and deliberately engaged in the conduct of disobedience,” according to the court filing.

But Leyden told the NOW he has actively avoided violating the injunction when holding First Nations pipe ceremonies near the tank farm.

“We've been very respectful in that way,” he said.

Leyden, who said he’s an elder with the nearby watchhouse, said he believes Trans Mountain keeps files on him and other pipeline opponents and is concerned about the way in which the private company appears to be collaborating with Crown prosecutors.

“The prosecution is supposed to protect the integrity of the court, and they're just walking in lockstep with Trans Mountain,” he said.

When asked by the NOW, the company did not say whether it keeps files on individual protesters.

“In every case where we believe there has been a breach of the injunction, we have and will continue to provide that evidence to law enforcement,” a spokesperson wrote in a statement.

Burnaby RCMP confirmed the account in Trans Mountain’s filing, including that police responded to calls for service on all three days and reviewed surveillance footage but made no arrests.

“This was done in a similar manner to how any other organization or business such as a store would provide images or information to police regarding people obstructing their business or causing ongoing interference,” a Burnaby RCMP spokesperson said.

If arrested and brought to a hearing, Leyden said he intends to plead not guilty.