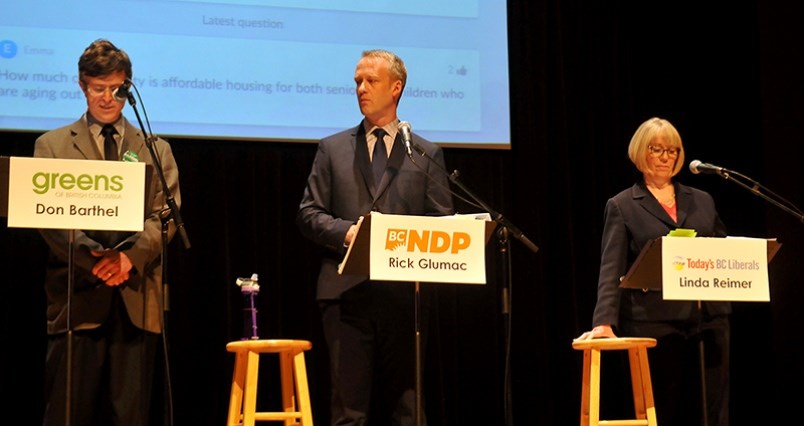 With COVID-19, the Tri-Cities Chamber of Commerce all-candidate debates will look a little different than they did in 2017. The business association has opted to use Facebook Live to broadcast the meeting, which will take place on Oct. 13 and Oct. 14.

The Tri-Cities Chamber of Commerce will hold a series of all-candidates debates in the run-up to the Oct. 24 provincial election.

The non-partisan business association will hold the events online, using Facebook Live to broadcast the proceedings, which will cover all four Tri-City ridings over two evenings.

“We are your conduit to learning about your provincial candidates,” the chamber said on its website. “The all-candidate debates are your opportunity to ensure you are well informed before casting your ballot.”

Voters in Coquitlam-Maillardville can tune in between 5 and 6:15 p.m. on Oct. 13, while candidates in Port Moody-Coquitlam will square off at 8 p.m. to make time for the televised leader's debate. Port Coquitlam’s debate take place on Oct. 14 between 6 and 7:15 p.m., with the Coquitlam-Burke Mountain all-candidates event held after at 8 p.m.

Participants can pre-submit their questions through the chamber’s website. A recording of the Facebook Live video will be posted to YouTube the day after the debate is held.

The full slate of candidates seeking office in the Tri-Cities is starting to take shape, as more candidates announced their intention to run this week.

For more information about the upcoming all-candidates meeting go to www.tricitieschamber.com.