Only six "safe" house guests permitted at gatherings in private homes, Port Moody police and Coquitlam RCMP will use education as people get used to the rules, but scofflaws who don't heed warnings could face fines
Oct 27, 2020 4:36 PM By: Diane Strandberg 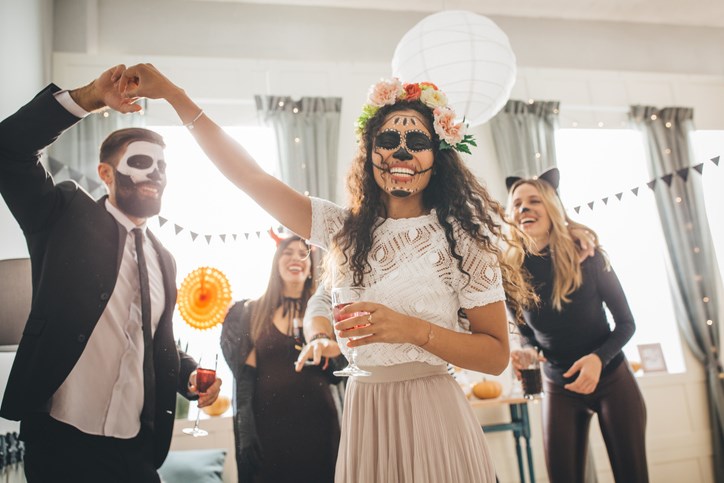 Keep those Halloween parties small, no more than six house guests, according to a new provincial health order.Getty Images

A day after Dr. Bonnie Henry announced a new health order limiting parties to family and six houseguests, local police say they won’t be cracking down yet.

Hosts that flout the new rules will likely get a stern warning as people get used to the idea of having fewer house guests.

But Port Moody police and Coquitlam RCMP caution against large Halloween parties after Provincial Health Officer Dr. Bonnie Henry announced the new order to curb the number of people allowed to gather at a private home to the immediate household — plus a “safe six.”

“Our officers will remind people of the protocol,” Maschke said. “Some people might not even be aware of Dr. Henry’s recommendations.”

But, Maschke added, if a gathering is excessively large, officers will identify who’s responsible, or the homeowner, and assess fines.

Other than a call in September about three guests at a Port Moody restaurant who were flouting rules to stay at their table and respect social distancing, he said most people in the city have been pretty responsible (Those guests were fined $700.)

Coquitlam RCMP will also try to educate party hosts first, said spokesperson Const. Deanna Law, but will respond to complaints as they do with noisy parties. “Police are equipped to deal with it,” Law said.

Still, she noted that people may be confused as to what the rules are and she cautioned against rushing to judgement.

“I think people are going to be unclear as to how many people they can have, but it’s easy to say if there are 30 people in an 800 sq. ft. apartment, that’s going to be a clear picture.”

City bylaw officers can also be called for complaints, but will refer enforcement to police and Fraser Health.

Dr. Henry hopes B.C. residents will heed her order to bring down the number of COVID-19 infections, which have not only hit the wider community but schools and long-term care facilities as well.

“We need to buckle down and we need to have respect of each other and do our part and get through the next few months and that means doing things small and safe,” she told media at a press conference Monday.

While police take an education-first approach, there could be some teeth to the orders if fall and winter house parties get out of hand.

Similar to orders stopping people from holding public gatherings of more than 50 people, the violations could result in fines of up to $200 per offence.

— with files from Mario Bartel