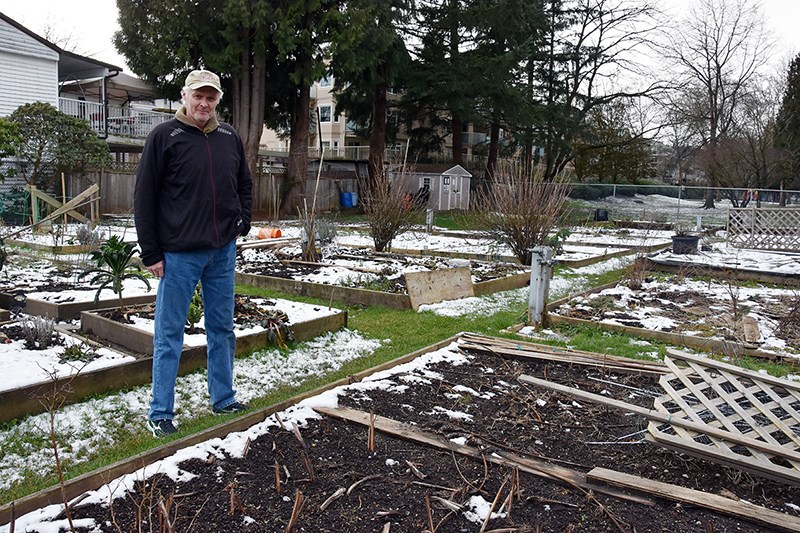 On the east side of Elks Park, in downtown Port Coquitlam, are 38 plots for organic gardening.

Formed in 1996 under a licensing agreement with the city by a committee made up of Bill Herbst, then a city parks foreman; Anne Pynenburg, in the city’s engineering department; and Pippa Van Velzen, who at the time was the PoCo Garden Club president, the urban garden has thrived with little turnover in the years since.

In 2014, the city opened another community garden nearby at Central Park to mark the city’s centennial year and to meet demand from the number of residents filling up the new apartment blocks in the core.

Now, city officials have plans to establish two more community gardens to help residents with no land to grow.

And judging by the response at the current two sites, Herbst predicts, they’ll likely have long waiting lists, too.

Doug Rose, PoCo’s section manager of parks, said the next community garden will be near the Hyde Creek community centre (the city is now calling for volunteers to form a garden society) while a fourth location is expected to open next year, somewhere in the city.

Around the Tri-Cities, the interest for gardening on public land is strong with wait lists for nearly every plot.

In Port Moody, there’s a community garden next to the police station and off Murray Street and, in Coquitlam, there are community gardens at Colony Farm regional park (on Metro Vancouver property); at Eagle Ridge Park; at the Inspiration Garden in Town Centre Park; and in Burquitlam.

Besides food security, community gardens also provide an outlet for physical fitness and can link gardeners with neighbours; some participants also donate their produce to the Share food bank.

At the Port Coquitlam Community Garden, Herbst said he’s got 21 people wanting to join but priority is given to PoCo residents living in multi-family homes. And, with more units rising around the rebuilt PoCo rec complex, he anticipates his wait list to get longer.

“For a city of almost 60,000 people, we have very little in the way of community gardens so I see a big opportunity to work to produce more local food to keep Port Coquitlam a healthy city,” Dupont said. “Providing vital habitat for our pollinator species, which are in rapid decline, also makes so much sense for our long term health and well being.”

“The need is clearly there,” she said.