Uber, Lyft approved to operate in the Tri-Cities

The Passenger Transportation Board ruled in the companies' favour today
Jan 23, 2020 11:51 AM By: Staff Writer 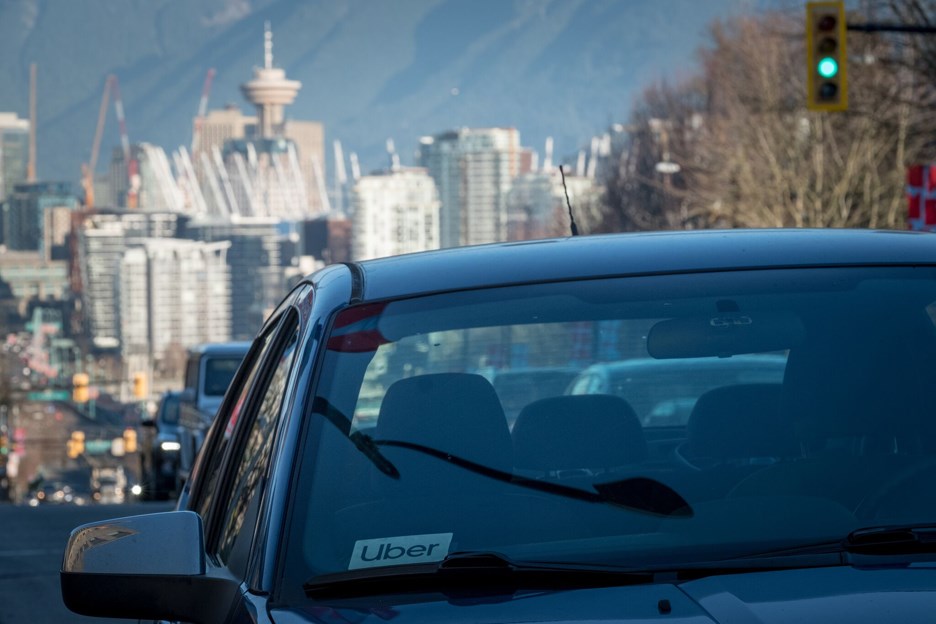 The Uber decal is seen with the Vancouver skyline in the background. Uber photo

The ride-hailing companies Uber and Lyft have been approved for operation in Metro Vancouver after the Passenger Transportation Board (PTB) ruled in the companies' favour Thursday.

The decision, which applies to the Lower Mainland, the Fraser Valley and Whistler, paves the way for the two companies to put vehicles on the road within weeks.

“We hope to launch very soon, once we have obtained a business licence from the city of Vancouver and purchased insurance from ICBC,” said Uber’s head of Western Canada, Michael van Hemmen, in a press release.

The PTB — an independent licensing tribunal that is tasked with deciding on applications for passenger-directed vehicles — has received 29 ride hailing applications to date and, so far, has issued decisions on six of them.

Last month, the B.C. ride-hailing firm Green Coast Ventures Inc. got approval to operate in Tofino, Uclulet, Pemberton, Whistler and Squamish, beating Uber and Lyft to become the first ride-hailing company given the green light in the province.

While the approval represents a major hurdle overcome for the two ride-hailings companies, regulations established by the PTB in August 2019 mean prices for ride-hailing services will face a minimum rate. The price floor will be based on taxi flag rates, and in Metro Vancouver that runs between $3.25 and $3.95 upon entering a vehicle. Fare for distance travelled is then added to that.

To roll out their services, however, the ride-hailing companies will also have to ensure all their drivers have Class 4 licences.

In a press release, the president of the BC Federation of Labour, Laird Cronk, warned that, while people want accessible transit, they also want to ensure workers are treated fairly.

“When companies misclassify workers as independent contractors rather than employees, workers lose access to basic employment rights, like the ability to unionize, access to minimum wage, vacation pay and WCB coverage in the event of a workplace injury,” Cronk said in the release.

The BCFED went on note that the PTB “was silent on the rights of drivers when issuing licences” and that it supports the right of ride-hailing drivers to unionize in order to protect earnings and working conditions.

“Billion-dollar, multinational companies like Uber and Lyft have a responsibility to treat their workers fairly,” Cronk added. The companies will need to obtain proper vehicle insurance from ICBC and work with municipalities to ensure they are complying with local regulations.

All Metro Vancouver mayors — except Surrey’s Doug McCallum — have indicated they want a regional ride-hailing service.

Coquitlam, Port Coquitlam and Port Moody are in the process of developing an inter-municipal business licence that would regulate how services such as Uber and Lyft operate across their boundaries and could, if approved by all three cities, be in place by this spring.