Coquitlam and Port Coquitlam are joining the chorus of B.C. municipalities to call on the provincial government to allow Uber cars on their streets.
Dec 10, 2015 11:26 AM By: Janis Warren 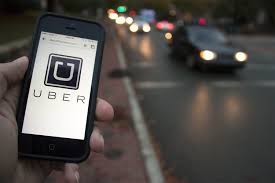 Coquitlam and Port Coquitlam are joining the chorus of B.C. municipalities to call on the provincial government to allow Uber cars on their streets.

On Monday, councils in both municipalities voted to send letters to the Ministry of Transportation and Infrastructure to loosen the rules around ride-sharing.

Under the Passenger Transportation Act, ride-sharing is banned in B.C. despite the growing popularity around the world of such programs as Uber and Lyft, low-cost, smartphone app-based alternatives to taxis.

In Canada, Uber currently operates in Toronto, Montreal, Halifax, Ottawa, Edmonton, Quebec City, southwest Ontario, Calgary and more than 40 other cities. It is also used in some 350 cities in other countries.

In October, Vancouver city council passed a motion to have stakeholders such as ICBC, taxi and ride-sharing industries, and tourism groups look at opportunities for the region; a report on their findings is due shortly.

Last month, Langley Township council moved a resolution to lobby the province to relax the regulations around ride-sharing.

At Monday's finance committee meeting, PoCo Mayor Greg Moore said he used Uber last week while in London, England, and in Paris, France, while at the 2015 UN Climate Change Conference.

He said he found the service to be reliable, efficient and "far superior than any taxi" ride he has had in Canada.

Coun. Brad West also said he has also received bad service from taxi cabs, noting one company recently refused his fare because it didn't want to its car to travel all the way to PoCo.

And Coun. Darrell Penner noted a third of Uber drivers are women who make a decent hourly wage of $22.50. The flexible time for working is also attractive to people who want to pocket extra cash in their off-work hours.

Uber is "great when you are travelling," he added, "but I'm not so sure for Port Coquitlam."

Coquitlam Coun. Bonita Zarrillo also cautioned there's a lot of research that needs to be done before a two-tiered system is approved. "Uber doesn't have accessible vehicles like taxis, who do it very, very well," she said.

(According to a city report, the total number of taxis that can operate in Coquitlam is 97, 10 of which are accessible. Within Metro Vancouver, accessible taxis make up 14% of the regional fleet.)

As well, Zarrillo said Uber only caters to people who are tech-savvy. "What about our seniors?" she asked. "Many don't have smartphones and apps."

As for safety, PoCo chief administrative officer John Leeburn wrote in his report there's no indication Uber passengers are in more danger than those using a licensed taxi. Moore said the city could regulate Uber drivers through its business licensing program.

Coquitlam and PoCo's calls for ride-sharing come the same week the Passenger Transportation Board permitted 58 extra cabs in Vancouver this month — about a quarter of the number sought by the Vancouver Taxi Association to handle holiday traffic.

PoCo council is expected to formally adopt its resolution Monday.

Meanwhile, Port Moody Mayor Mike Clay said council has not discussed the service for its municipality.

"We have in the past expressed our concerns with the lack of appropriate taxi services in the Tri-Cities, particularly the ability to get a cab from downtown back home to Port Moody in the late night and early morning hours," Clay wrote in an email to The Tri-City News. "Many of the cabs that are downtown refuse to take people to the Tri-Cities and the Vancouver cab companies continue to block Tri-City cab companies from working in Vancouver.

"So, on that issue, Uber may be a possibility to give our residents increased options and availability, which we would welcome, assuming that all appropriate safety regulations are followed."

A call to NDP MLA Mike Farnworth (Port Coquitlam) was not returned by The Tri-City News' deadline; however, BC Liberal MLA Linda Reimer (Port Moody-Coquitlam) said she has received a couple of emails about Uber and the company has met with her caucus colleagues.

"It's just a matter of time," Reimer said. "The provincial government wants to work with them and, if it happens, we want to make sure it's done properly with the safety of the public in mind."