Lawyers for the Crown and Port Moody Mayor Robert Vagramov say they plan to seek “alternative measures” on the sexual assault charge he is facing.

Today (Thursday), special prosecutor Michael Klein and defence lawyer Ian Donaldson — who made his first appearance at Port Coquitlam provincial court since his client was charged in March — told Judge Eugene Jamieson they are in agreement about moving forward with the extra-judicial dispute resolution process.

Outside the courthouse, Donaldson told reporters he was unable to elaborate on what “alternative measures” would mean for Vagramov but he suggested it could end up in a stay of proceedings if the matter is settled out of court.

“If alternative measures are successful, I expect the charge will ultimately be stayed or withdrawn,” he told media.

Dan McLaughlin, communications counsel with the BC Prosecution Service (BCPS), said in an email to The Tri-City News: "The BCPS can confirm that Mr. Vagramov’s matter has been adjourned to allow for consideration of alternative measures. In the interim Mr. Vagramov will meet with a probation officer who will prepare a report for the Special Prosecutor’s consideration.

"The prosecution will be concluded if Mr. Vagramov is approved for alternative measures and completes an approved resolution agreement. The charge would then be stayed.

"In exercising his discretion to refer an accused person for alternative measures, the special prosecutor is guided by the principles set out in Section 717 of the Criminal Code, and the BCPS policy on Alternative Measures for Adult offenders. As this is a case of sexual assault, the principles of our policy on Sexual Offences against Adults are also considered."

Vagramov, who has publicly denied the allegation and returned to city hall Monday, did not attend the hearing. He is accused of one count of sexual assault against an unidentified person in Coquitlam, with the offence alleged to have happened between April 1 and July 10, 2015.

In June, Klein and an agent for Donaldson told the court the matter will proceed summarily, meaning a possible smaller punishment, if Vagramov were convicted.

Asked by The Tri-City News about the defamation suit that Vagramov said he would file against the accuser, Donaldson said he couldn’t comment.

Sophia Hladik, a crisis worker with the Vancouver Rape Relief and Women’s Shelter, also spoke with reporters afterward. While she said she has not been in communication with the accused, Hladik said she wanted to “come and show support for the women of Port Moody who wanted to see Robert Vagramov held accountable for the charge of sexual assault against him.”

“Charges of sexual assault are quite serious. He’s in a position of power and it’s inappropriate for him to resume his activities while the charges are still in front of the court,” she said. 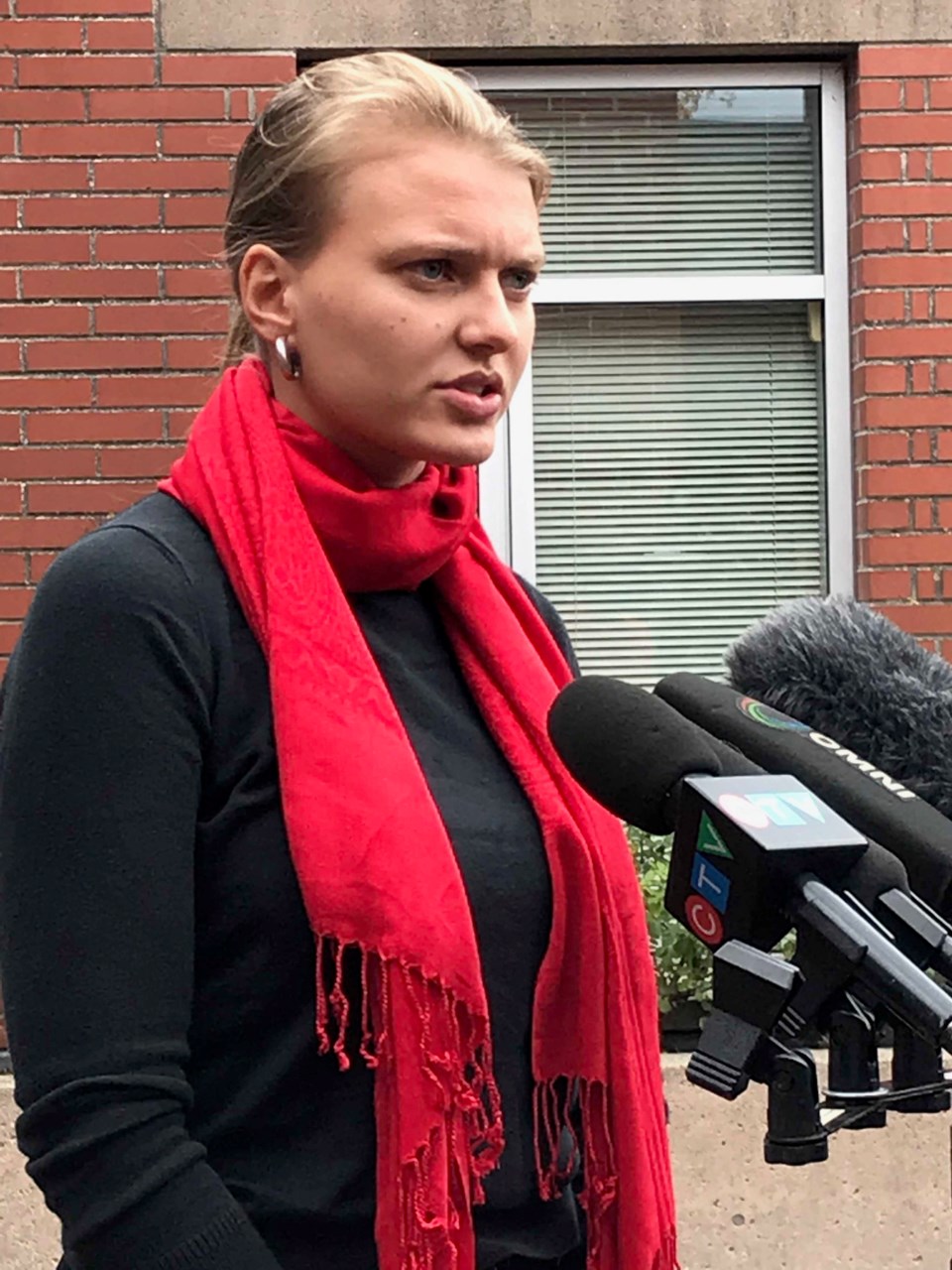 Hladik said for victims of sexual assault, “it’s extremely courageous to speak out about the violence you’ve experienced and to report what’s happening to you, to the police. We applaud her for her courage, especially considering the mayor is in such a position of power. And I know at the [Tuesday] city council meeting, there was a lot of people showing up in support of that woman and in support of him not resuming his duties while these charges are still out in court.”

She added, “We believe women when they come out with allegations of sexual assault.”

Monday, Vagramov abruptly returned to his mayoral duties, saying that because his case was unlikely to go to trial, he now has time to devote to the job to which he was elected last October.

At Tuesday’s city council meeting, Coun. Diana Dilworth filed a notice of motion — to be considered at council's next meeting, Oct. 8 — to ask Vagramov to resume his leave of absence, which he took after the charge was filed in March, until the criminal matter is resolved, or resign if he hasn’t been fully exonerated.

Coun. Meghan Lahti also declined to take stay on as acting chair of the Port Moody Police Board, telling The Tri-City News this week Vagramov “should not be sitting in the mayor’s chair” until he’s cleared of the charge. 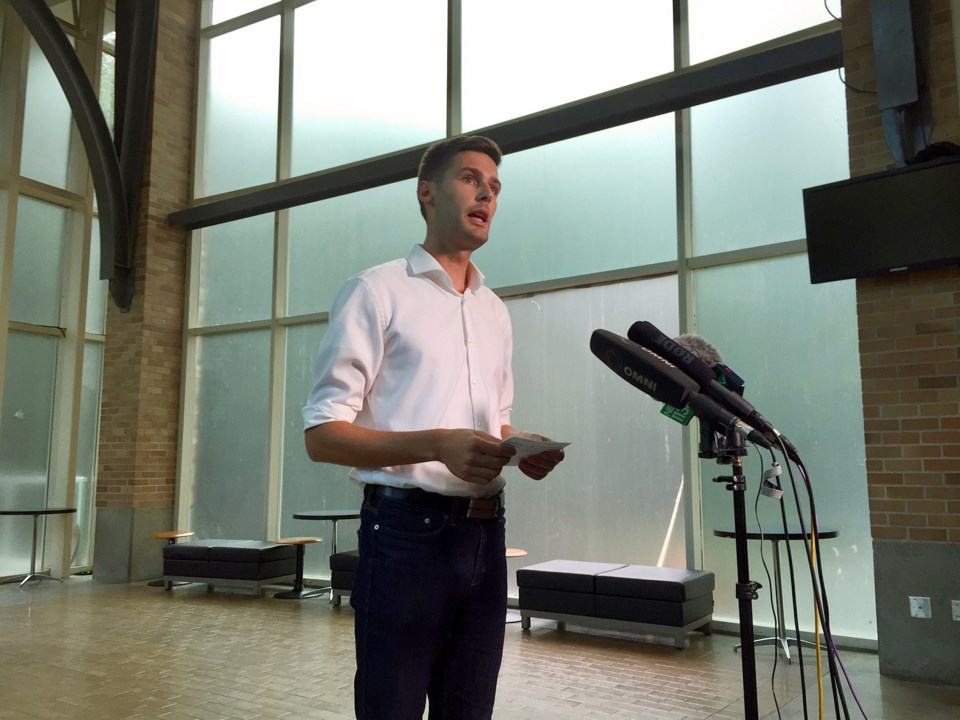