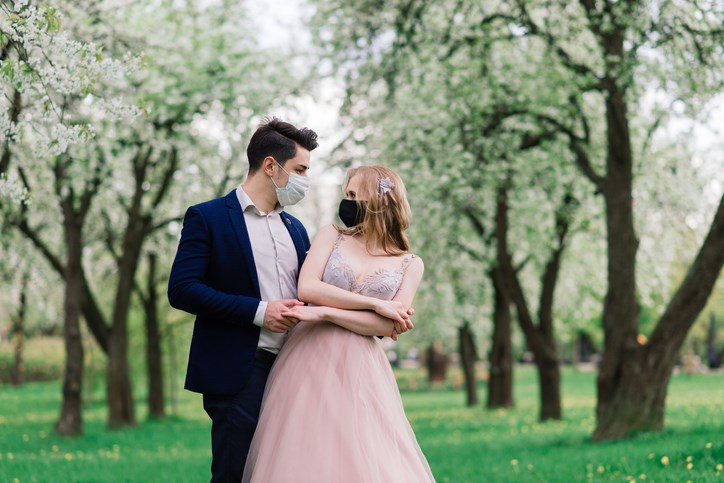 Weddings, as well as funerals and gender reveal parties have contributed to a surge in COVID-19 casesGetty Images

The head of British Columbia's largest health authority says multi-day events including weddings, funerals and gender-reveal parties have caused a surge in COVID-19 cases the same day the province announced a record 274 cases over the last 24-hours.

Dr. Victoria Lee, the CEO of Fraser Health said different groups of up to 50 people typically come together for a single event that can go on for days.

She says about 70% of the of 203 cases of COVID-19 on Wednesday were linked to Fraser Health, which serves a mostly urban population of 1.8 million people, stretching from Hope to Delta and including the Tri-Cities, Burnaby and Surrey.

On Thursday, cases surged to 274 cases, breaking another record.

“While the intent might have been under 50, that changes as the night goes on,” said Dr. Henry, noting party buses and limousines have also become problems again.

When asked whether the number and nature of the new cases would lead public health to lower the 50-person mass gathering limit in place since the spring, Dr. Henry said “We are considering all the options” and that “Certainly, changing the orders are one of them.”

Fraser Health’s Dr. Lee said some gatherings are being reported to municipalities and that may require the authority to have "further conversations" around bylaw officers enforcing measures aimed at reducing the spread of the pandemic.

There have been several transmission events at a variety of workplaces, in break rooms, carpooling and sometimes the workplace itself. But most have been linked to social functions, said Dr. Henry, advising workplaces to follow through on health and safety plans that may stipulate social distancing options at work, as well as limited or staggered staffing throughout the week.

Dr. Henry and Dr. Lee both noted part of the surge in cases can be attributed to Thanksgiving gatherings where large groups came together to celebrate.

Both doctors warned that people should stick to the same six people beyond those in their household to keep cases low at a time when "pandemic fatigue" is setting in.

“As we move into the winter, we move inside more and that increases the risk,” said Dr. Henry. “This is not forever. I know I’ve been saying that for months, but it’s true.”

“But we still need to maintain those measures that protect our communities now.”

-With files from the Canadian Press