Will $230 tickets save bears' lives in Port Coquitlam? 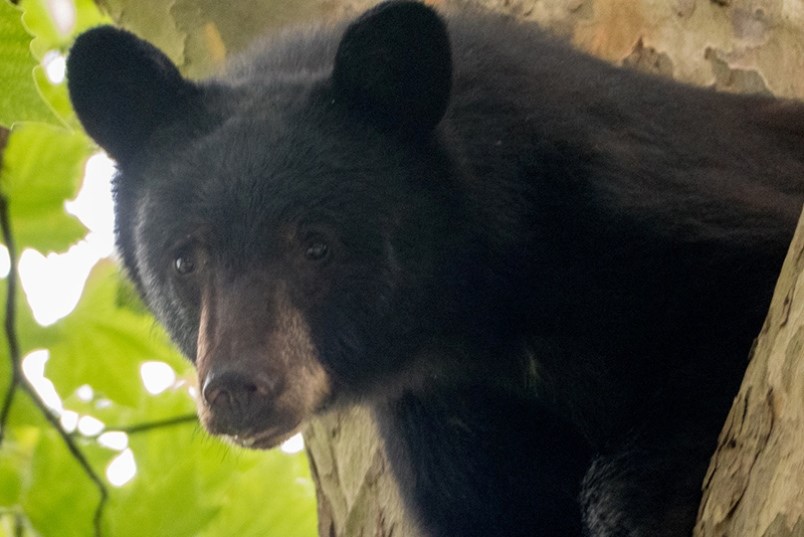 This is bear season, with bruins out looking for high-calorie food and people are being fined for leaving their garbage out.Philip Warburton

Some are calling bear fines a joke but the BC Conservation Officer Service (BCCOS) said it hopes $230 tickets levied against six residents in Port Coquitlam will stop them from leaving food out for bears.

In the past two weeks, BCCOS has handed out 18 written warnings and 14 wildlife protection orders in addition to six violation tickets during an attractant audit.

Officers went out with PoCo bylaw officers and canvassed neighbourhoods near Prairie Avenue and Raleigh Street, looking for unsecured waste and green carts, fruit left on trees and on the ground, bird seed and other attractants that are bringing bears into local neighbourhoods.

PoCo has seen a jump in bear calls and complaints about bruins causing property damage, prompting a crackdown on garbage scofflaws.

Other efforts are underway to deal with PoCo’s increasing bear problem, including making bear-resistant cart locks available for residents.

Residents who have not yet received or requested a lock for their 240- or 360-litre cart may contact PoCo public works at publicworks@portcoquitlam.ca or by calling 604-927-5496 to be put on the waiting list for the next shipment in early November.

“The city has taken a reasonable approach to enforcement to date that includes education, warnings and penalties — such as fines or suspension of service — when necessary for repeat offences,” according to a city press release. "City bylaw staff have also participated in joint enforcement efforts in bear hotspots with Conservation Service staff, who issued fines of $230."

PoCo council has also directed staff to bring forward a report in the coming months to explore additional options for cart locks and explore further enforcement, including increasing the city’s $150 fine.

Calls about bears this fall were more than double those received last year (214 in 2019, compared to 98 in 2018), with the BCCOS fielding 125 calls about bears in PoCo in October.

People leaving out their carts or other attractants are the reason bears are coming into neighbourhoods, the city says, and residents are urged to take action now so bears leave and turn to natural food.

“The increased bear activity in neighbourhoods across the city is directly related to the availability of food," the city release said. "After bears find a meal once in a garbage cart or from a backyard fruit tree, they quickly learn to check all the homes on a street and teach their cubs to do the same.

"These 'garbage bears' lose their natural fear of humans and often become aggressive over time, forcing the Conservation Officer to destroy or remove them. Relocating bears often doesn’t work as 50% of relocated bears find their way back.”

To curb the problem, the city suggests:

• Keep carts in the garage if possible.

• Freeze meat and strong-smelling food scraps, and wait until collection day to put them into the green cart.

• Feed pets indoors, clean barbecues after use and keep freezers indoors or locked up.

• Harvest fruit, berries and vegetables before or as they ripen, and clean up fallen fruit.

• Remove bird feeders from April to November, or suspend them higher than 3.3 metres.

WHAT TO DO IF YOU SEE A BEAR

• Residents who encounter a bear on local walking trails and in parks or on the streets or in backyards are advised to report the sightings to the Provincial Conservation Officer Service 24-hour toll-free hotline at 1-877-952-RAPP or at www.rapp.bc.ca.