Thomas Venos won the Co-Ed 'A' singles championship at the USTA college wheelchair tennis championships in Orlando, Fla., on Monday.
Apr 21, 2021 11:44 AM By: Mario Bartel 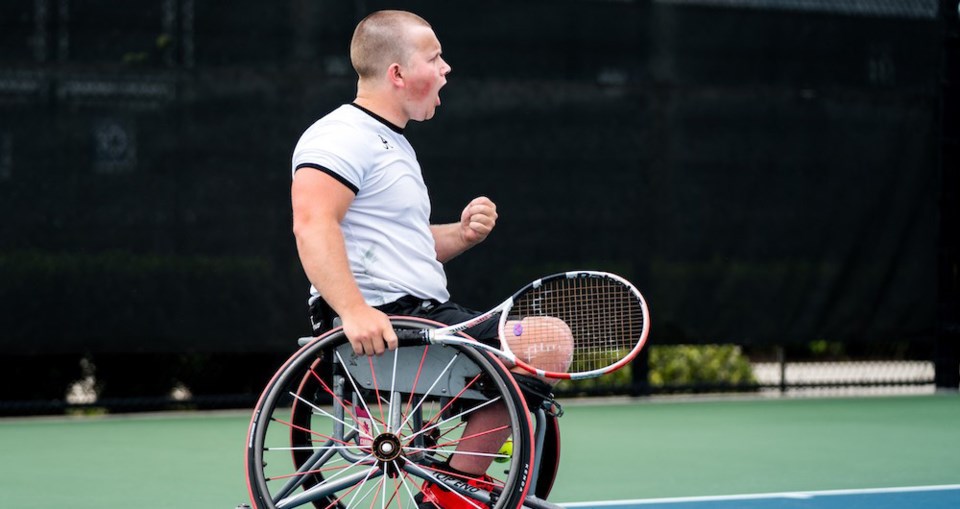 Anmore’s Thomas Venos is enjoying a tide of success at the University of Alabama.

The event, which returned after a one-year hiatus because of the COVID-19 pandemic that cancelled last year’s championship, featured the deepest field in its 20-year history; eight schools from five states comprised of 27 athletes competed.

Alabama coach Evan Enquist said the team showed resilience in winning its sixth overall title. “It was the grit and determination of the athletes that carried them through.”

Venos, 21, was an active dirt biker and soccer player when a motorbiking accident at his family’s cabin in the Cariboo left him paralyzed from the hips down. After a month of rehab at G.F. Strong hospital in Vancouver, he was dribbling a basketball and shooting hoops, then gravitated to tennis.

In 2019, Venos competed at the Parapan Am Games in Lima, Peru, and last year he joined Tennis Canada’s high performance program. He’s currently ranked 76th in the world, down slightly from the 71st position he attained last December.