B.C. Hockey League to crack down on fighting 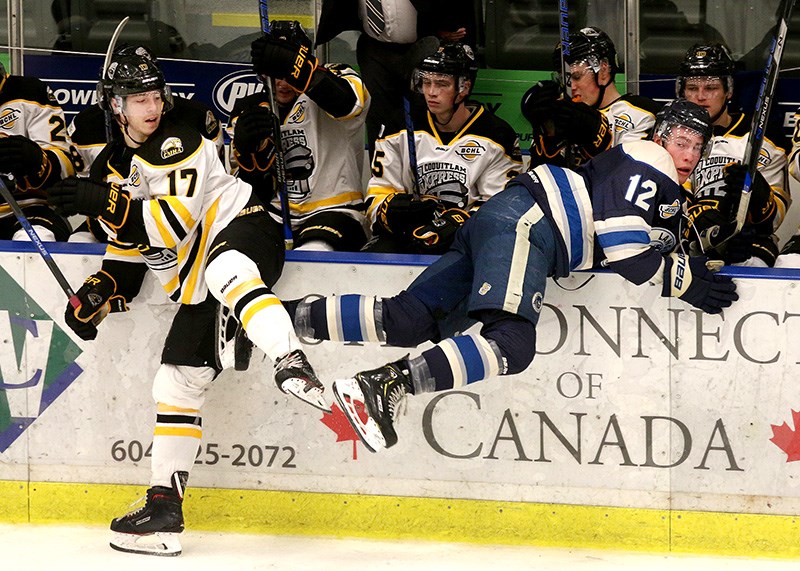 The BC Hockey League has implemented a new department of player safety to better protect players from injuries.TRI-CITY NEWS FILE PHOTO

The BC Hockey League will get tougher on fighting and other infractions, if and when its next season begins.

The league, which cancelled its 2019/’20 season after the first round of the playoffs because of the COVID-19 pandemic and doesn’t yet know when it will be allowed to proceed this fall, has announced reduced tolerance for fighting majors, as well as new rules for charging and slew-footing penalties.

It’s also created a department of player safety that will review all penalties that can lead to further discipline like suspension as they accumulate to ensure the referee initially made the right call on the ice. Led by director of officiating and player safety, Brad Lazarowich, and executive director of events and competition, Steven Cocker, they will also visit each team during training camp to ensure players and coaches have a full understanding of expectations.

Some of those expectations include further discipline after a player gets into their second fight of the season. Instigator and aggressor penalties will also result in suspensions upon a first offence.

Cocker said the changes will enhance the safety of players.

“The game continues to evolve and move in the direction of speed and skill,” he said in a press release. “We want to be on the forefront of that movement.”

As well, the language of the BCHL’s charging rule has been broadened to include any hit with significant force that occurs from a player’s blindside. Such a penalty could also be reviewed by the department of player safety for further discipline.

Slew-footing will also result in a four-minute double minor penalty or a match penalty and could lead to supplemental discipline if a player accumulates several of them. If an opponent is injured by a slew-foot, the perpetrator will be automatically assessed a match penalty.

The league also announced each team must also have a defibrillator available at every game, practice and team event in case of an emergency. That’s in addition to the devices already located at arenas.