BCHL looking ahead to next season

League remains confident it will be able to play beginning in September
Jun 1, 2020 6:00 PM By: Mario Bartel 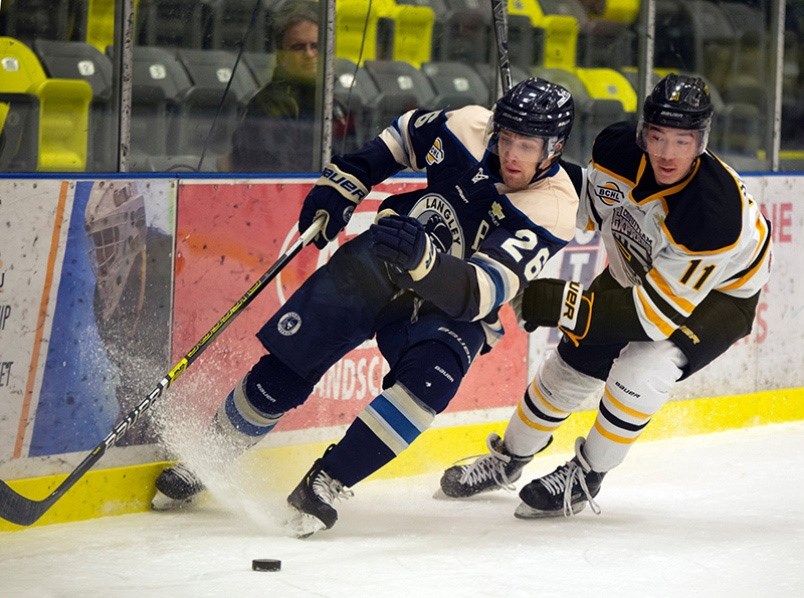 The BC Hockey League is anticipating a 2020/21 season. But when it begins and how it will look has yet to be determined.

Monday, the chairman of the BCHL’s board of governors, Graham Fraser, said a plan for a return to play has been submitted for review by the Minister of Tourism, Arts & Culture, Lisa Beare. Discussions have also been held with Premier John Horgan and Beare to secure financial support for the league.

“Our call with Premier Horgan was also positive,” Fraser said in a press release. “He understands the importance of the BCHL to its 18 communities, as well as the entire province.”

Commissioner Chris Hebb said a task force has created different scenarios for the coming season, including schedules that start at different dates depending on the status government restrictions still in place because of the COVID-19 pandemic, as well as protocols that will ensure the safety of players, staff and fans.

Tuesday, Hebb told TSN1040 radio some of those protocols could include players wearing full face shields, as well as reduced seating at arenas. He said playing in front of empty seats is not an option, though.

“We’re bums in the seats,” he said. “It’s all sponsorship and ticket sales.”

Hebb said with the league’s uncertainty over its schedule, as well as the challenges faced by many businesses because of the pandemic, some of those sponsorships may be in peril.

“The uncertainty has hit every business,” he said. “They can’t commit because they don’t even know if there’s going to be a season.”

Still, Hebb said he remains confident all teams are committed to playing next season.

“Our league provides numerous jobs for residents of B.C., as well as education opportunities for hundreds of players,” Hebb said. “The BCHL has been around for 59 years and we look forward to continuing that tradition for years to come.”

Meanwhile, all Canadian Junior Hockey League teams have been given clearance by Hockey Canada to begin making acquisitions to put their rosters together for the coming season.

One of the first moves involved former Coquitlam Express forward Tyler Schleppe, who is now a Nanaimo Clipper after a three-way trade via the Merritt Centennials that completed a trade in January that had sent Joey Perkopec to the Express.

The deal was the latest in a series of moves by the Express since the team won the BCHL's regular season championship but was denied a chance at winning a league or national championship when the rest of the playoffs were called off after the first round because of the public health emergency.

At the end of March, coach and general manager Jason Fortier left the team after three years. He was replaced two weeks later by former major midget coach Dan Cioffi, who was once an assistant under Dave MacLellan when the Express was in Burnaby. MacLellan is now the team's president.