In a game of high stakes poker, what is given away in one deal can be reclaimed in another. It’s just as true when played out on the hardwood.
Jan 13, 2020 9:54 AM By: Tri-City News 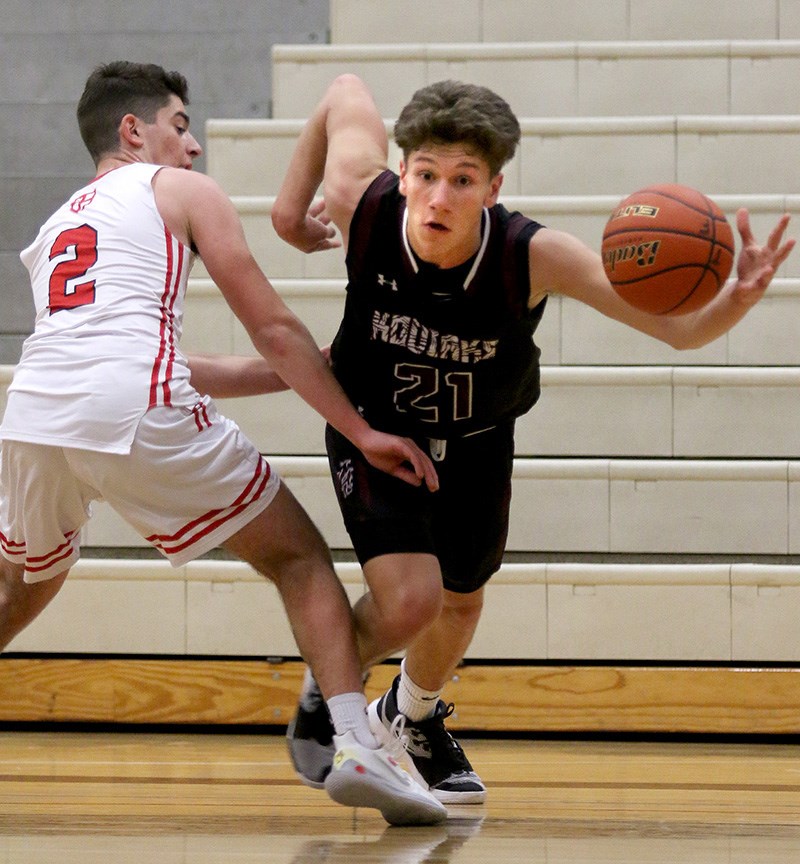 In a game of high stakes poker, what is given away in one deal can be reclaimed in another.

It’s just as true when played out on the hardwood.

What the Burnaby South Rebels displayed in a rousing start of the Jonathan Taylor Legal Beagle Invitational final, the Centennial Centaurs did it and then some over the final two quarters Saturday.

When the smoke from this showdown of the No. 1 vs. No. 3 provincially ranked squads cleared, the Cents retained their sheen with a well-played 66-60 triumph at Terry Fox Secondary.

Led by the standout senior duo of centre Dominic Parolin and guard Leif Skelding, Centennial successfully turned off the tap from the usually red-hot Rebels and wiped away a 12-point deficit en route to their third tourney title in the past month.

This time, the degree of difficulty was there for everyone to see.

It may have been a Parolin slap-back of a Jareb Pineda shot with less than two minutes to play, briefly halting a Burnaby rally that saw them chip away at an eight-point Centennial lead, that deserved a TSN turning point designation. Or maybe it was how fiercely the Cents shut down the shooting lanes and tired out their opponent that turned the tables in their favour.

Despite an arsenal that includes twin towers of six-foot-10 Sasha Vujisic and six-foot-seven Karan Aujla, Burnaby South in the second half was unable to retain control of the key and with it, the board game. And for that, full marks to the Cents’ power tandem of Parolin and Skelding and Co.

Although the Rebels managed to cut the deficit to three points with 52 seconds to play, the Cents went five-for-six from the penalty stripe to seal the victory.

Parolin would collect 22 points on the night and earn the tourney’s Top Defender award, as well as a first-team all-star honour.

Burnaby South, which had senior shooting guard Emir Krupic in the lineup for the first time this season, got off to a roaring start before the Cents settled things down. Trailing 17-9 after Krupic tallied seven of his team’s first 10 points, Centennial pulled even on Braeden Markiewicz’s bucket to open the second quarter.