Brendan Batchelor, a graduate of Charles Best secondary in Coquitlam, is the Vancouver Canucks' play-by-play broadcaster and is calling other events on Twitter during the COVID-19 pandemic
Mar 25, 2020 8:39 AM By: Mario Bartel 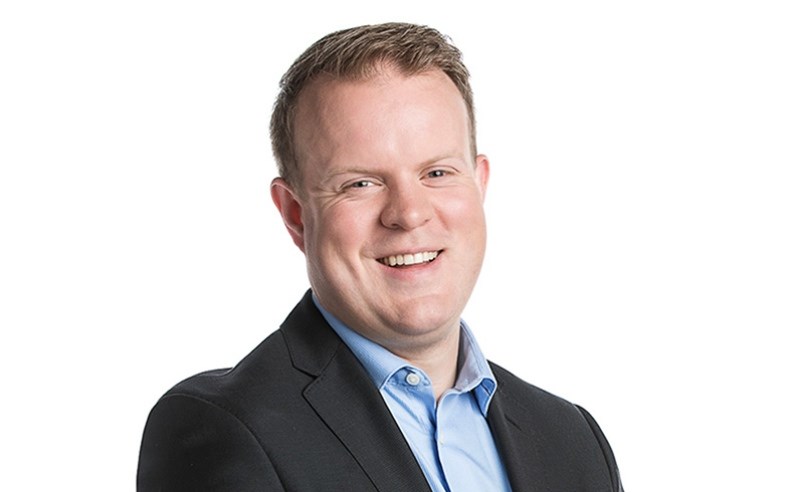 Vancouver Canucks broadcaster Brendan Batchelor — a Coquitlam native — is taking to Twitter to keep his quieted voice sharp while the National Hockey League rides out the COVID-19 crisis.

Tuesday, Batchelor put out the call to fans and his followers for random videos to which he would apply his vocal talents.

“I'm bored,” he said, adding he’ll do three such play-by-play calls a day.

HIs first three calls were a golfer at the driving range, a cat losing its mind in a cardboard box and a couple of pillow fighters blinded by hoods pulled over their faces.

Batchelor has been the Canucks’ play-by-play man since 2017 after several years calling Vancouver Giants games.

The Dr. Charles Best secondary school grad said he honed his commentary chops calling goals and assists while playing road hockey in the driveway of his parents’ home on Harbour Drive, playing table hockey in the basement and video games.

“I was huge into hockey,” Batchelor told The Tri-City News.

To fulfill his dream of announcing the sport, Batchelor studied broadcasting at BCIT and volunteered doing public address announcements for the Burnaby Express of the BC Hockey League (BCHL), then followed the team when it returned to Coquitlam.

In 2012, Batchelor became the broadcaster for the BCHL’s Surrey Eagles, then graduated to the Giants and the Western Hockey League the next year.

His Twitter project follows the lead of another social media effort by Port Moody’s Al Murdoch, the Canucks’ public address announcer. He has been taking requests to call goals and assists for the team’s fans and minor hockey players, posting one a day for his followers.

Murdoch said he launched the initiative because he missed doing the announcements at Rogers Arena, especially as the Canucks were in the thick of the playoff race before the season was abruptly suspended March 12.

He said he also wanted to help lift spirits at a time when everyone is anxious about the pandemic and its mounting economic and societal consequences.

His idea has since been picked up by other announcers, including Mike Ross of the Toronto Maple Leafs and the New Jersey Devils' goal and assist caller, Kevin Clark.