The Coquitlam Express defeated the Powell River Kings 7-6 on Saturday to even the team's record to a win and a loss in the BC Hockey League's shortened pod season.
Apr 5, 2021 9:06 PM By: Mario Bartel 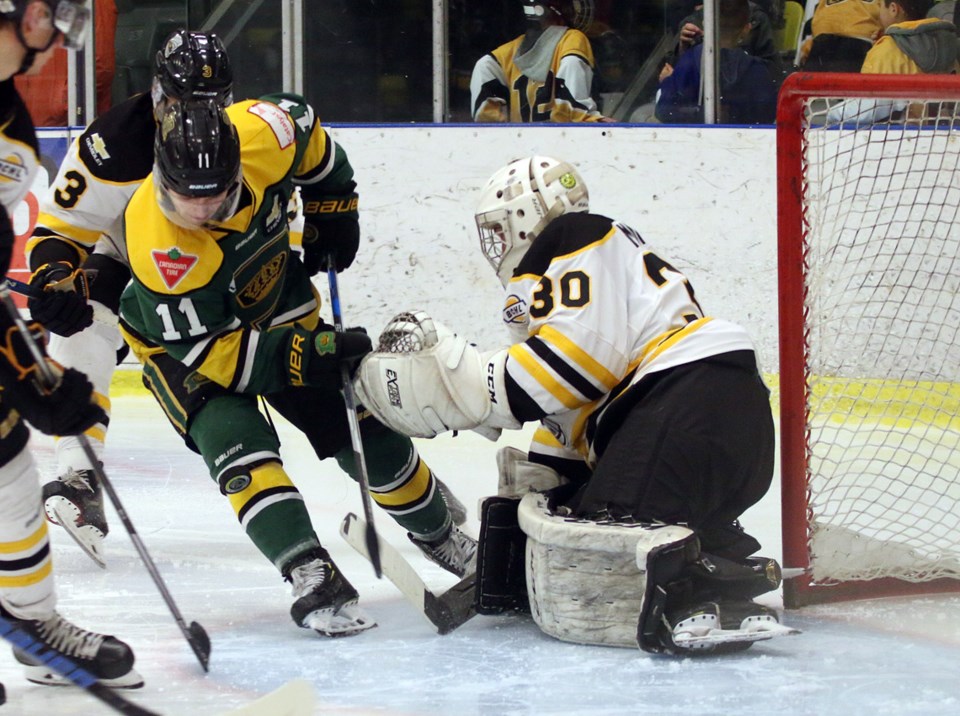 The Coquitlam Express head into Thursday’s game against the Surrey Eagles hoping to ride the momentum from a 7-6 comeback win over the Powell River Kings, Saturday at the Scotia Barn in Burnaby.

Danny Pearson and James Bohn scored 1:42 apart in the third period to turn a 6-5 deficit against their pod rivals into the win.

Dylan Kruss faced 29 shots to earn his first win in net after he lost to the Surrey Eagles, 5-1, on Friday.

The Kings led 1-0 at the end of the first period. Coquitlam outscored Powell River 4-2 in the middle frame before the Kings scored three times in the fist nine minutes of the third to wrest the advantage back.

Each team in the Lower Mainland pod now has a win and a loss. Powell River and Surrey face off on Wednesday.