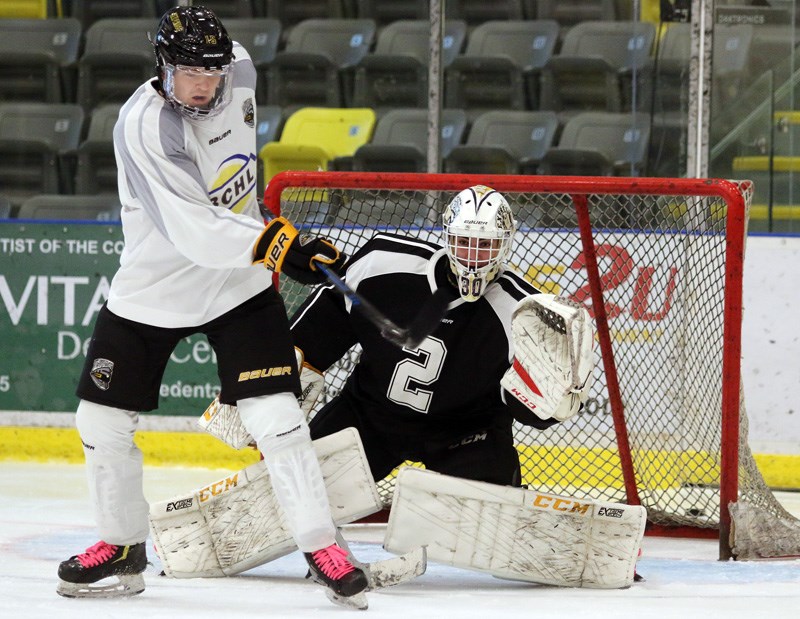 The Coquitlam Express is one of five teams in the BC Hockey League that is having to pause its schedule for two weeks because of new public health order from Dr. Bonnie Henry. The order has also impacted operations of several other amateur sports leagues like minor hockey.

The Coquitlam Express, as well as many other sports organizations in the Tri-Cities, have been halted in their tracks.

The BC Hockey League team, as well as four others — Chilliwack Chiefs, Langley Rivermen, Surrey Eagles and Powell River Kings — hit the pause button on their preseason schedules after provincial health officer, Dr. Bonnie Henry, ordered all indoor sports to suspend activity for two weeks as part of a targeted health order aimed at reversing a spike in COVID-19 cases in the Fraser and Vancouver Coastal health regions.

Express coach Dan Cioffi said the team will still be allowed to practice at the Poirier Sport and Leisure Complex.

The public health order also affects minor and adult hockey, community basketball and volleyball programs as well as fitness, dance, spin and yoga classes along with combat sports like boxing. It does not apply to school sports activities.

The 13 teams in the Pacific Junior Hockey League, including the Port Moody Panthers, have also suspended their play.

Both junior hockey leagues have been playing modified schedules with teams limited to games against nearby opponents in their regional cohorts and arenas closed to spectators.

Dr. Henry’s order, that extends to Nov. 21, took effect at 10 p.m. Saturday. It effectively kicks indoor sports back to phase two of return to play guidelines designed by provincial governing body ViaSport that allows some activity where social distancing between players can be maintained, but not games.

Coquitlam, Port Coquitlam and Port Moody minor hockey associations all suspended ice times for practices for 72 hours so they could review the guidelines and get further directions from BC Hockey and the Pacific Coast Amateur Hockey Association.

“We are implementing this pause to focus on the health and safety of all our members,” said a statement on Port Coquitlam Minor Hockey’s Facebook page.

“We are anticipating rapid changes to the facility guidelines,” said Coquitlam Minor Hockey Association president Steve Adrain in a statement on its website.

Rebels Boxing and Wrestling Club in Coquitlam said it would comply with the health order by closing for two weeks.

“Don’t really know what to say or how to feel,” said owner Farhad Javadian on the club’s Facebook page. “Hopefully gyms can come out of this the same way they went into it, with support from the community and landlords province wide.”

“We will be working on a go-forward plan,” the VMFL said in a statement on its Facebook page.

The BC Coastal Soccer League that governs more than 1,200 youth soccer teams in the Lower Mainland, also cancelled games scheduled on Sunday.

Prior to the latest public health order taking effect, the Express won its eighth game of its preseason, 5-2, over the Chilliwack Chiefs.

Newcomer Sam Huo, on loan from the Tri-City Americans of the Western Hockey League until Dec. 20, scored three goals, while James Bohn and Austin Fraser added singles. Jack Watson stopped 20 of the 22 shots he faced in the Express net.

The BCHL has been targeting Dec. 1 to start its regular season schedule, with the hope of having some fans in buildings.