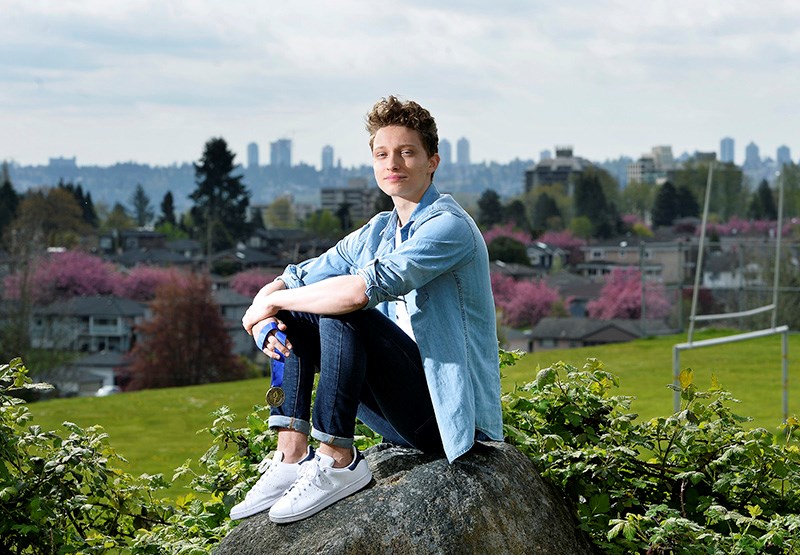 Sava Savkovic found success in a sport he thought he’d left behind when he was five years old.

Recently, the Coquitlam resident who attends Alpha secondary school in Burnaby, mined three gold medals in floor, rings and parallel bars and captured the male Level 2 title at the B.C. high school gymnastics championships in Delta. He also finished third in both pommel horse and vault.

Savkovic returned to competitive gymnastics last year after a decade-long absence during which he became an accomplished soccer player, first with Cliff Avenue United in Burnaby, and then Coquitlam Metro-Ford.

But a few years ago, Savkovic found the spark for that sport flickering, then snuffed out.

“I decided to quit and after that, for a couple of months I wasn’t doing anything,” he said.

And when the itch to compete returned, Savkovic found his way back to the Richmond gym where he had vaulted, spun and leapt for a little more than a year when he was five, and his dad is a coach.

“I set my goals pretty high,” Savkovic said, who this year moved his training base to the University of British Columbia and jumped up to the more skilled and intense competition of Level 2.

Heading into provincials, he was sure of his abilities.

“I knew how I was and how much I’d practised,” Savkovic said. “I was confident I’d get a podium finish.”

In fact, he stepped to the podium’s summit, edging Correlieu’s Darryl Lacoste by .7 points to win the overall gold.

Savkovic said rising to the challenge he’d set for himself was as rewarding as the medal hung around his neck.

“If you take a risk and set your mind to it, it can really pay off,” he said, adding he’s keeping his options for a future in gymnastics open.