Two years after she was first diagnosed with Stage 3 melanoma and a few months after she posted in her online blog last June that the cancer had spread to her brain, Coquitlam trampoline gymnast Tamara O’Brien died on Oct. 15. She was 22.
Nov 20, 2019 2:41 PM By: Mario Bartel 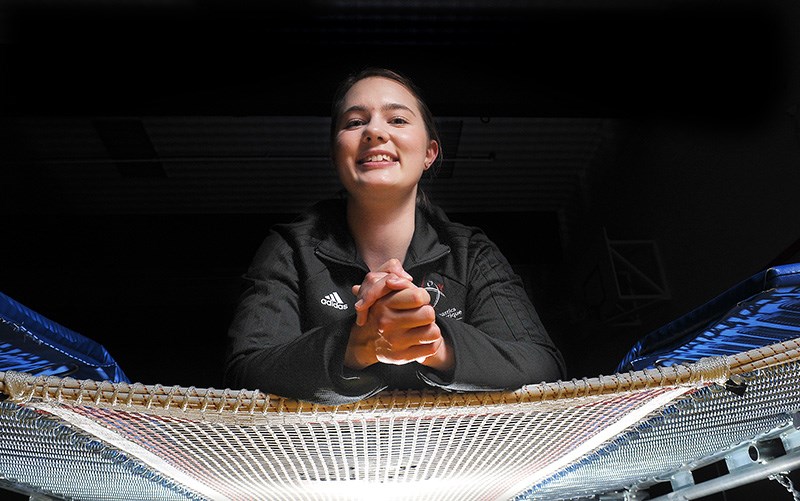 Coquitlam trampoline gymnast Tamara O'Brien was diagnosed with Stage 3 melanoma in 2017, shortly after returning from the World Games in Poland where she'd won a silver medal in her specialty, the double mini-trampoline.

Two years after she was first diagnosed with Stage 3 melanoma and a few months after she posted in her online blog last June that the cancer had spread to her brain, Coquitlam trampoline gymnast Tamara O’Brien died on Oct. 15. She was 22.

“Tamara was such a bright light in our community and she will be sorely missed,” said the CEO of Gymnastics Canada, Ian Moss, in a statement on the national organization’s website. “She was an exceptional athlete and an exceptional person, and was taken from us far too soon.”

O’Brien, whose specialty was the double mini-trampoline event, had won a silver medal at the 2017 World Games in Poland and was preparing to compete for Canada at the world championships in Sofia, Bulgaria when her dermatologist delivered the tough news.

O’Brien, who’d had a cancerous mole removed a year earlier, opted out of the world championships so she could have surgery in Vancouver to remove 23 lymph nodes from her neck, four of which showed signs of cancer.

O’Brien competed locally for the Shasta Trampoline Club in New Westminster. She first made Canada’s national team when she was 11 years-old and, in 2015, she was part of the team that won the world team double mini-trampoline championship.

In November 2018, O’Brien was able to fulfill her dream of attending a world trampoline gymnastics championship thanks to the efforts of the Callanish Society, a support organization for young adults dealing with cancer, and the newly-minted Forward Foundation, which offers life-affirming experiences to young adults enduring a diagnosis with the disease.

O’Brien travelled to the event in Saint Petersburg, Russia with her friend and teammate Pam Kriangkum, who’s from Edmonton. She later recalled to The Tri-City News how she was embraced by the Canadian team, whose athletes all wore t-shirts that said, “We jump for Tamara.” She also carried Canada’s flag at the opening ceremonies.

“I felt like I belonged there,” O’Brien said. “For months, I’d felt I had lost my community, but now I felt like every single one of them was there with me.”

At the conclusion of the event, during a team meeting, O’Brien was presented with a bronze medal Canada had won in the overall team competition, the first time such an event had been contested at the world championship. The medal was presented by two-time Olympic gold medalist Rosie McLennan, who volunteered to give hers up.

O’Brien, whose blog posts were often blunt, honest and raw with emotion, said it was important to share her journey as a young adult coping with a grim prognosis.

“We’re the forgotten generation of cancer,” she said.

• To read more about O’Brien’s cancer journey, go to https://tamarakobrien.wordpress.com.