Three Coquitlam soccer players who currently play at Simon Fraser University are eligible for Thursday's MLS SuperDraft of top players from the American college system.
Jan 19, 2021 10:00 AM By: Mario Bartel 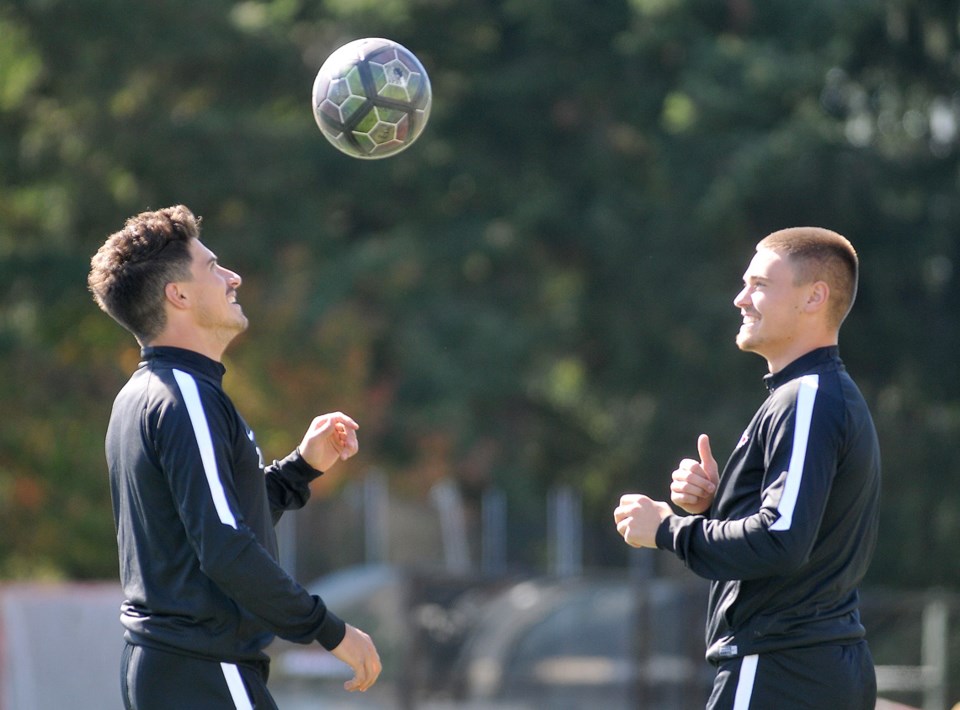 Coquitlam's Polisi brothers, Marcello on the left and Matteo on the right, are eligible for Thursday's MLS SuperDraft, along with another SFU teammate, Chris Guerreiro, who's also from Coquitlam.TRICITY NEWS FILE PHOTO

Coquitlam’s Polisi brothers could see their futures altered on Thursday.

The soccer-playing siblings at Simon Fraser University, Matteo and Marcello — along with defender Chris Guerreiro, who’s also from Coquitlam — are among 176 players eligible for Major League Soccer’s SuperDraft Thursday.

Matteo Polisi has scored 36 goals and 18 assists in his three seasons atop Burnaby Mountain. In 2019, he was selected to the United Soccer Coaches’ NCAA Div. II All-American second team.

Marcello Polisi was an All-American and the GNAC player of the year in his freshman season and he was named to the West Region second all-star team in 2019.

Guerreiro, a junior, has been a top defender in the 14 matches he’s played in two seasons at SFU.

All three players are eligible for an additional season at the school because of the cancellation of the 2020 schedule due to the COVID-19 pandemic.

The Great Northwest Athletic Conference, which includes SFU, has announced its intention to conduct a spring season for fall sports like men and women’s soccer as well as volleyball and cross country but schools are being given autonomy to put together their own schedules that consider local public health restrictions.

As the only Canadian team in the NCAA Div. II conference, it’s unknown what SFU’s schedule might look like as long as the Canada-U.S. border remains closed.

Since joining the NCAA in 2010, two SFU players have been picked in the SuperDraft that allows teams to select top graduating players from the American college sports system.

In 2019, senior captain Mamadi Camara was selected by the San Jose Earthquakes in the second round (46th overall) and, in 2015, Jovan Blagojevic was picked by the Vancouver Whitecaps in the third round.

After a spell in the Whitecaps development system, Blagojevic got his medical degree from the University of Sydney in Australia.

SFU coach Clint Schneider said having three players on his squad eligible for this year’s draft is a testament to his program’s strength.

“Certainly, there no NCAA Division II programs that have been able to replicate the success we’ve had,” he said. “We take a lot of pride in our program as a destination for Canadian and international athletes where they can compete for a championship and make a jump to the next level.”

The draft begins at 11 a.m. (PST) and continues for four rounds.