After a brief stopover in Sweden's second division, Coqutilam's Adam Rockwood is off to play for Ilvers, one of the most successful teams in the top tier of Finnish professional hockey.
Mar 2, 2021 8:34 PM By: Mario Bartel 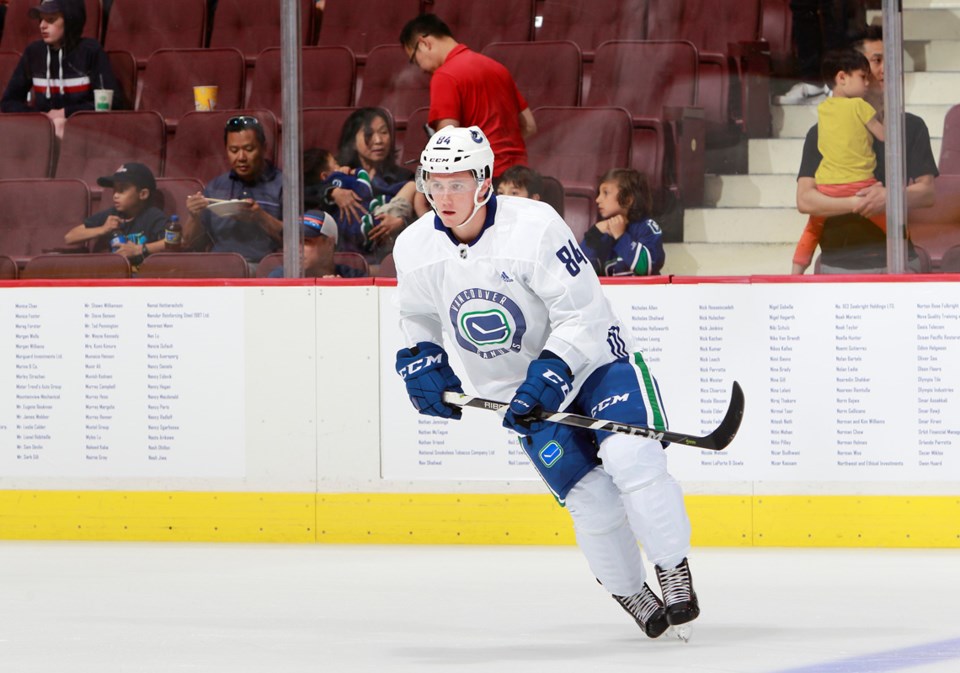 Coqutlam's Adam Rockwood on the ice at Rogers Arena during the Vancouver Canucks' development camp in 2018.JEFF VINNICK/VANCOUVER CANUCKS

Coquitlam’s Adam Rockwood is on the move again.

Just over two months after the former Coquitlam Express player signed with Swedish second-division team, Modo, he’s stepped up to the top rung of hockey in Finland.

Rockwood will play for Ilves, the second-most successful team in the Finnish championship league, through to the end of the 2020-’21 season.

During his time with Modo, where the Sedin twins and other renowned NHL players like Anders Hedberg and Peter Forsberg launched their careers, Rockwood scored four goals and added 20 assists in 24 games.

“He will bring new opportunities to our offensive game and superiority for the rest of the season,” said Ilves sports director Timo Koskela in a statement on the team’s website.

Ilves, based in the city of Tampere, has won 16 championships in Finland’s top professional league. But the most recent was in 1985. The club currently sits in eighth place, with 66 points in 40 games.

The team has sent several players on to stints in the National Hockey League. Perhaps most prominent was Mikko Makela, who scored 95 goals in his four seasons with the New York Islanders in the 1980s, then spent time with the Los Angeles Kings, Buffalo Sabres and Boston Bruins. He finished his NHL career with 265 points in 423 games.

Rockwood headed to Europe last December after playing with the Greenville Swamp Rabbits of the ECHL last season, where he scored 35 points in 49 games.

In 2018, he was invited to a developmental camp by the Vancouver Canucks after graduating from Northern Michigan University. He then signed his first pro contract with the Springfield Indians of the American Hockey League.