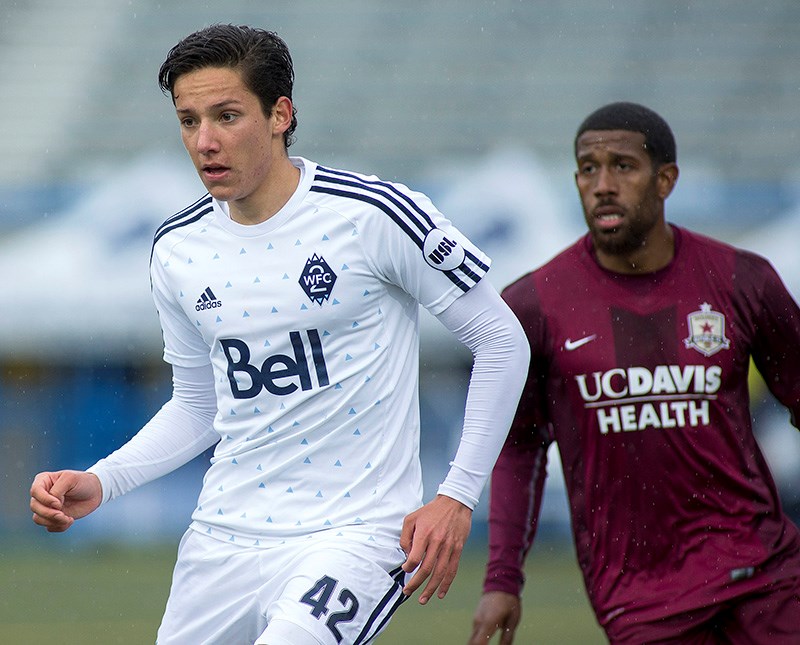 David Norman Jr. was dealt to Inter Miami FC by the Vancouver Whitecaps on Tuesday.

Coquitlam soccer player David Norman Jr. may not be over the moon about it, but he is going to Miami.

Norman, the son of former Vancouver Whitecaps’ centre midfielder David Norman when the team was part of the old North American Soccer League, was dealt by the Whitecaps on Tuesday to fledgling Major League Soccer club Inter Miami CF, which is scheduled to begin play in 2020.

The deal is effective January of next year, and until then Norman will be loaned to Pacific FC in Victoria of the new Canadian Premier League. In return, the Whitecaps receive a conditional pick in the 2022 MLS SuperDraft.

Norman Jr. was born in New Westminster and played his minor soccer with Coquitlam Metro-Ford after his grandfather — also David Norman — signed him up as a newborn. He developed through the Whitecaps’ youth system since he was nine years old and then graduated to its residency program as he attended Dr. Charles Best secondary school.

After a year at Oregon State University, followed by a season with Whitecaps FC 2, a developmental team that played at the University of British Columbia, Norman Jr. signed an MLS Homegrown contract with the Whitecaps in Dec., 2017. The midfielder became the club’s first player developed entirely through its own system.

Norman played one match with the Whitecaps, against the Montreal Impact during the 2018 Canadian championship, and he had four appearances with the team’s development squad this season.