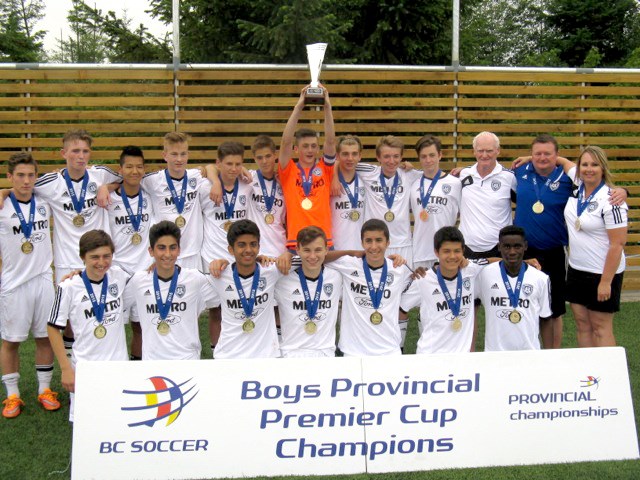 Mountain jumped out to a 1-0 lead in the match, a score that would hold for the duration of the first half. However, both team’s offensive players came alive in the second, where the bulk of the scoring took place.

Aakarsh Arya tied the game for Coquitlam in the 54th minute with a successful penalty shot, before Mountain re-took the lead nine minutes later.
Coqutilam’s Andrew Peat, who was named MVP of the game, tied it again in the 66th minute with a spectacular corner kick that hooked straight in to the net.

But Mountain FC was undeterred, with the team taking the lead for a third time in the 73rd minute.
That set the stage for Trevor Zanatta’s first goal of the game, which tied the match at 3-3, before Daniel Jelenici scored the game winner in extra time.