School is back, but health and safety protocols to prevent transmission of COVID-19 has kept high school sports mostly on the sidelines
Oct 10, 2020 10:00 AM By: Mario Bartel 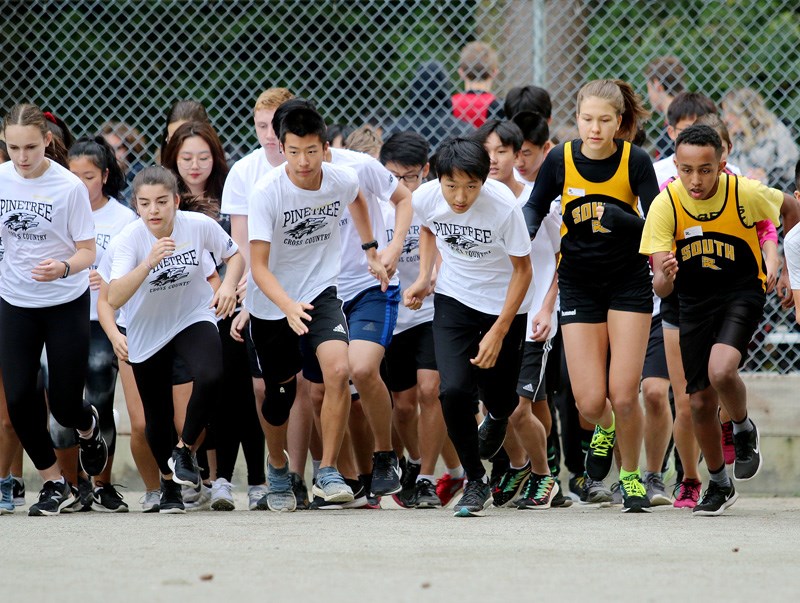 For the first time in 16 years, Kevin Wazny’s fall afternoons are free.

Instead of hustling students up to Coquitlam’s Mundy Park or out to Central Park in Burnaby for the six-week cross-country running season, the physical education teacher at Pinetree secondary said he’s able to head home early.

In a year thrown into disarray by the COVID-19 pandemic, the rhythm of high school sports has also been cast asunder. And nobody is certain when it might fall back into place.

While BC School Sports (BCSS) is in the second phase of its return to play plan that allows for some activity restricted to educational cohorts that are able to abide by social distancing protocols but no inter-school competition, translating those words to meaningful experiences on the trails, pitches, fields and and in the gyms is proving a monumental challenge.

Wazny said a plan by BCSS to stage some virtual cross-country competitions where athletes run a set course individually and then submit their time is really only an allure to elite athletes. His program is geared more towards participation, giving kids who might not otherwise try out for school teams a chance to represent their school, develop friendships and improve their fitness in a team environment.

“We’re helping kids that are not necessarily the best athletes,” he said. “The ones who try really appreciate it. They’re getting the most from it.”

But with the implementation of educational cohorts to limit opportunities for COVID-19 to spread through the student body making any kind of team structure difficult to achieve, Wazny said he didn’t even bother putting up posters in September to recruit athletes for this fall’s cross-country season.

“If you’re just by yourself, the motivation is harder,” he said, adding he’s only heard from a few students enquiring about the absence of Pinetree’s cross-country team.

Football is back. Sort of

Up at Centennial secondary, the football team is finally back on the field practising and working on their fitness, more than a month later than usual. When games might happen is anybody’s guess.

Second-year coach Dino Geremia said, “The biggest win for us at the moment is simply getting the players back on the field running around.”

But even that is fraught with anxiety.

To comply with COVID-19 rules and policies set out by BCSS, players not a part of the same educational cohort have to be apart from each other, coaches and players on the sidelines are encouraged to wear masks, and sharing of equipment is discouraged.

Geremia said the kids are understanding, but “we will need to continue to work on the removal of high-fives and fist bumps. Those habits and demonstrations of support will be harder to eliminate.”

In a message to school administrators and athletic directors, Jordan Abney, the executive director of BCSS, said a timeline and structure for a return to inter-school competition “remain a work in progress” that could be further delayed by the provincial election.

In the meantime, he encourages coaches to “use this unique time to try new things and offer student-athletes as much experience as you can.”

John Murphy, the coach of the senior boys soccer team at Terry Fox secondary in Port Coquitlam, said he’s trying to gauge interest in gathering players for skills-based training sessions that emphasize “on the ball” activities like passing patterns and shooting drills. But with most of his players also participating at the club level where looser restrictions are permitting scrimmages and limited contact, he’s doubtful there will be much interest.

Murphy said the impact of the pandemic on school sports and other extracurricular activities this fall is “devastating” to the culture at Terry Fox.

“The sense of togetherness, school spirit, and the opportunity to represent your school in the competitive forum is in jeopardy on so many levels,” he said. “I truly feel sorry for those students who have already lost this opportunity.”

“That sense of belonging is so important for anybody,” he said, adding he hopes the sacrifice is only temporary. “We can’t rush breaking the rules, or risk someone actually getting COVID.”

Student-athletes from the Tri-Cities attending Simon Fraser University will have to wait a little longer to get back onto the basketball court and track.

The Great Northwest Athletic Conference is delaying the start of its winter sports calendar that includes men’s and women’s basketball, as well as indoor track and field, until at least Jan. 7. Although the conference championship for the latter, scheduled for Nampa, Idaho, on Jan. 21, has been cancelled.

Fall sports, such as soccer and volleyball, are planning for a spring season, but football will remain on hiatus over concerns of playing two seasons in a single calendar year.