Junior lacrosse action returns this week as the BC Junior A Lacrosse League launches its "summer showcase" series of games through the month of July.
Jul 4, 2021 3:36 PM By: Mario Bartel 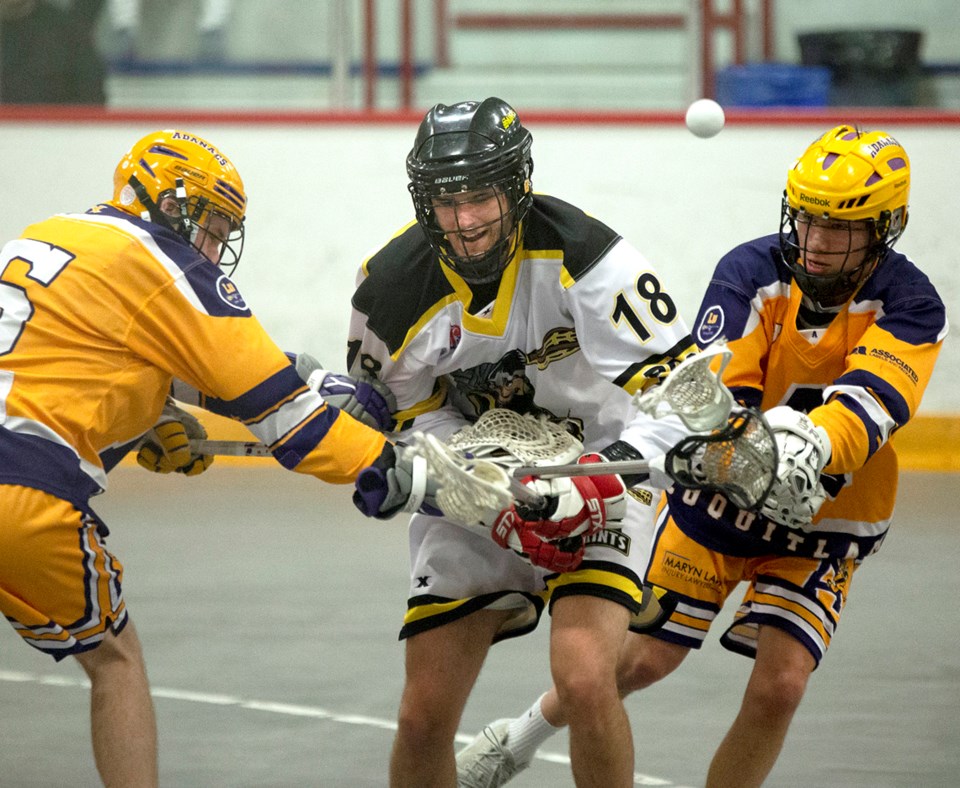 The Coquitlam Jr. Adanacs and the Port Coquitlam Saints will play competitive games in July, as the BC Junior A Lacrosse League launches its eight-game "summer showcase" schedule.FILE PHOTO

The arenas are silent no more. The squeak of rubber soles on concrete is back, as is the thwack of the lacrosse ball off the end boards.

The BC Junior A Lacrosse League launches its eight-game summer showcase series on Tuesday, when the Langley Thunder face the New Westminster Jr. Salmonbellies at Queen’s Park Arena.

The Coquitlam Adanacs host the Salmonbellies the next night, at the Poirier Sport and Leisure Complex, while the PoCo Saints open their contracted season on Thursday in Langley.

The Adanacs and Saints play each other Friday, July 9, at the PoCo Rec Centre.

After the cancellation of the 2020 season because of the COVID-19 pandemic, BCJALL commissioner Karl Christiansen said it was imperative the league find some sort of way to stage competitive games this season so its young players could continue to develop and showcase their skills to college recruiters and scouts from senior leagues like the Western Lacrosse Association.

While players continued to work out in small groups, the resumption of games was made possible when British Columbia moved to Phase 2 of its restart plan on June 15 that allowed indoor sports with no spectators and accelerated yet again on July 1, when Phase 3 kicked in and teams are once again allowed to travel for sport. Venues will also be opened to accommodate up to 50 spectators or 50% capacity, whichever is greater, although when that happens at facilities like Poirier and PoCo Rec will be determined by local authorities.

According to the city of Coquitlam’s website, spectators will be allowed at Poirier as of July 5, and areas of the complex that had been closed, such as lobbies and the café, will also reopen.

BCJALL to showcase players in special summer tournament
Jun 8, 2021 9:10 AM

Elite junior lacrosse players ask: ‘are we playing?’ as Coquitlam Adanacs still in limbo
May 2, 2021 7:00 AM
Comments