Port Moody's Kent Johnson's dream for an NCAA hockey championship ended Friday when his University of Michigan Wolverines had to drop out of its midwest regional semifinal game because of positive test results for COVID-19.
Mar 27, 2021 7:53 AM By: Mario Bartel 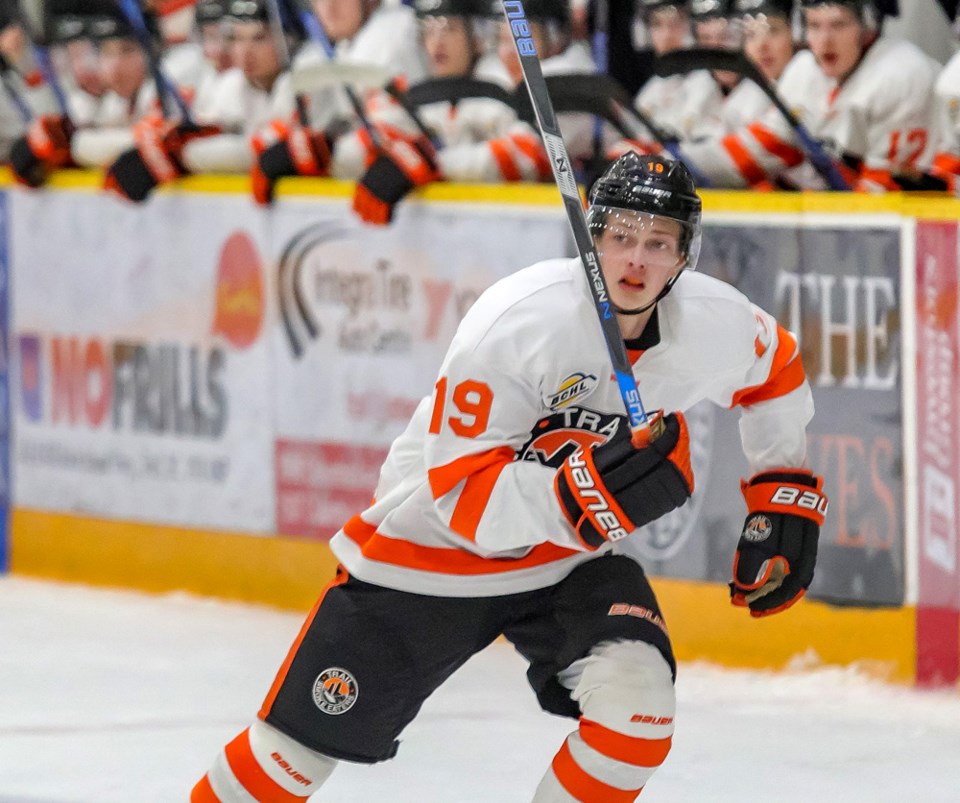 Port Moody's Kent Johnson has a chance to make it to the NCAA Frozen Four championship in his freshman season with the University of Michigan Wolverines.MIKE HOCKLEY PHOTO

Port Moody’s Kent Johnson ended his freshman season at the University of Michigan on a positive note Friday. Just not the kind of positive the team wanted.

The Wolverines were removed from the NCAA’s hockey tournament just prior to its midwest regional semifinal against Minnesota Duluth because of public health protocols after positive test results for COVID-19. Players and staff had been getting tested daily since the conclusion of the Big 10 conference championship last week.

“I’m devastated for these players,” said Michigan head coach Mel Pearson in a statement. “They’ve given so much and to get this opportunity taken away from them, it’s hard to swallow.”

The Wolverines were notified of the positive test results as the team prepared for Friday afternoon’s game against the defending NCAA champions. It was declared a no contest and Minnesota Duluth advanced to Saturday night’s regional final against North Dakota. The winner earns a berth in the Frozen Four championship tournament in Pittsburgh, Pa.

Michigan was the third team removed from the 16-team tournament because of positive COVID-19 test results. Thursday, Notre Dame had to withdraw just before its game against top-seed Boston College, and St. Lawrence University dropped out after winning the East Coast Athletic Conference championship when its coach, Brent Brekke, tested positive.

Johnson, who led the BC Hockey League in scoring last season with 101 points, finished the season at Michigan with 27 points in 26 games. He’s projected to be a high pick in the first round of this summer’s NHL entry draft.