New franchise for BCHL as hockey gears back up slowly

Even though the next season is still months away, hockey is beginning to come back to life after being shut down by the COVID-19 pandemic
Jun 9, 2020 10:27 AM By: Mario Bartel 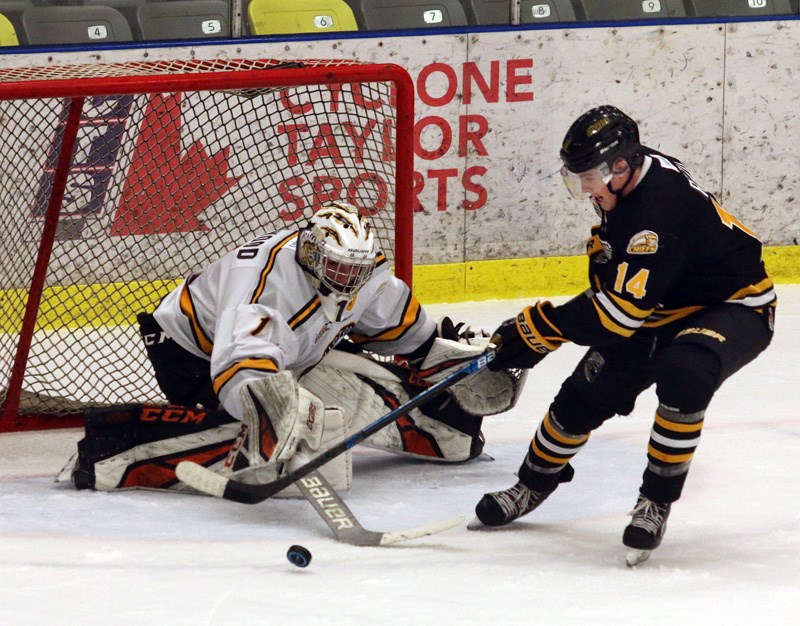 The Coquitlam Express had its run at a BC Hockey League championship abruptly ended last March by the COVID-19 pandemic.

There will be a new visitor to the Poirier Sport and Recreation Complex when the Coquitlam Express begin playing again.

The BC Hockey League has officially announced its 18th franchise, the Cranbrook Bucks, will be ready to play for the coming season. Although when that actually happens will depend on directives from Hockey Canada as well as provincial health authorities.

One of those hurdles was overcome last Thursday when the sport’s national governing body lifted its ban on sanctioned events.

Tom Renney, the CEO of Hockey Canada, said it will now allow each of its 13 regional members to determine when its safe to begin playing again.

“We expect the timing of each member’s return to hockey will be different,” he said in a statement, adding each will be based on advice from their government and public health authority.

To that end, the BCHL’s task force to plot its return to play has created various schedules for the coming season that start at different dates depending on the status of government restrictions still in place because of the COVID-19 pandemic. It’s also enhanced safety protocols for players, staff and fans.

Some of those measures could include full face shields for all players, as well as reduced seating at arenas.

Other initiatives recently announced by the league include a crackdown on fighting and the creation of a department of player safety that will assess and monitor infractions that could result in further penalties like suspensions.

Renny said the cumulative effect of the pandemic and measures to minimize exposure to the novel coronavirus that causes COVID-19 means “the game will look quite different” as it reinvigorates across the country.

One thing that won’t look different for the Express and the other 17 teams in the BCHL, though, will be their uniforms and equipment, as the league also announced it’s renewing its agreement with the company as its official outfitter.