PoCo Grand Prix cancelled — along with the rest of BC Superweek

The PoCo Grand Prix, along with the rest of the BC Superweek of professional bike races, has been cancelled for a second straight summer because of the COVID-19 pandemic.
Feb 16, 2021 5:58 PM By: Mario Bartel 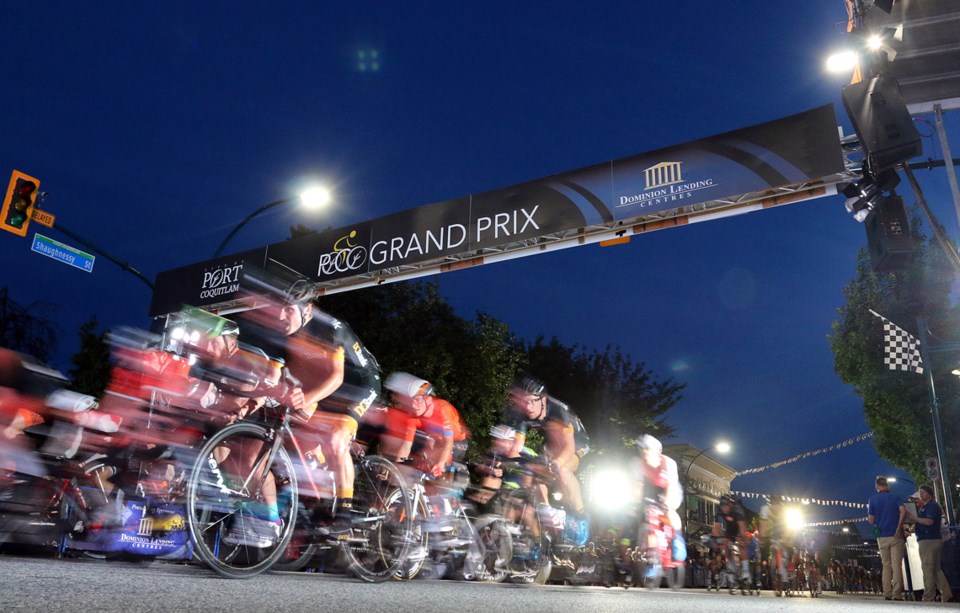 As darkness falls, the men's race speeds through the start/finish area at the 2019 PoCo Grand Prix. Last year's event was cancelled because of the COVID-19 pandemic.MARIO BARTEL/THE TRI-CITY NEWS

There will be no whir of carbon fibre wheels through the streets of downtown Port Coquitlam this July.

For the second straight year, the BC Superweek of cycling races, that includes the PoCo Grand Prix, has been cancelled because of the COVID-19 pandemic.

Series director Mark Ernsting said the uncertainty of public health restrictions over the next several months will make it difficult for organizing committees to proceed with their planning that includes securing sponsors, safety barricades, bleachers and even billet housing for the dozens of professional cyclists from across North America who compete in Superweek’s 10 events around Metro Vancouver.

“The well-being of everyone involved was the top consideration,” Ernsting said in a press release. “Amid the pandemic, there was a lot of deliberation among the BC Superweek members about the status of this year’s series.”

Just last month, Ernsting told the Tri-City News he was confident the races could proceed this summer. But increasing concerns about variants to the coronavirus that could spark a third wave of infections, and the extension of public health restrictions prohibiting gatherings and events have presented new challenges.

Port Coquitlam mayor Brad West said public health considerations would always be at the fore in any decision to move forward with community events like the four-year-old Grand Prix. In its four years, the race has become a popular day-long event, with a live entertainment stage in Leigh Square, food and beer gardens, as well as kids’ activities like a bike skills course.

West said he was looking forward to extending the city’s arrangement beyond the conclusion of its current five-year contract.

Jennifer McKinnon, the executive director of the Downtown Port Coquitlam BIA, said the cancellation is “devastating news,” but not surprising.

She said the event “brought people, passion, spirit and culture to the downtown” and gave the city a showcase for “all it has to offer.”

While professional bike races in Europe started up again late last summer and have proceeded already this year in parts of France and Belgium, the North American pro scene has remained mostly dormant, with athletes unable to travel or cross borders.

Ernsting said while some racers headed across the Atlantic ocean to keep their competitive edge, most don’t have the financial means. He said it will be important for the series to get back on its feet for 2022 to showcase the sport at a grassroots level and attract the next generation of cyclists.