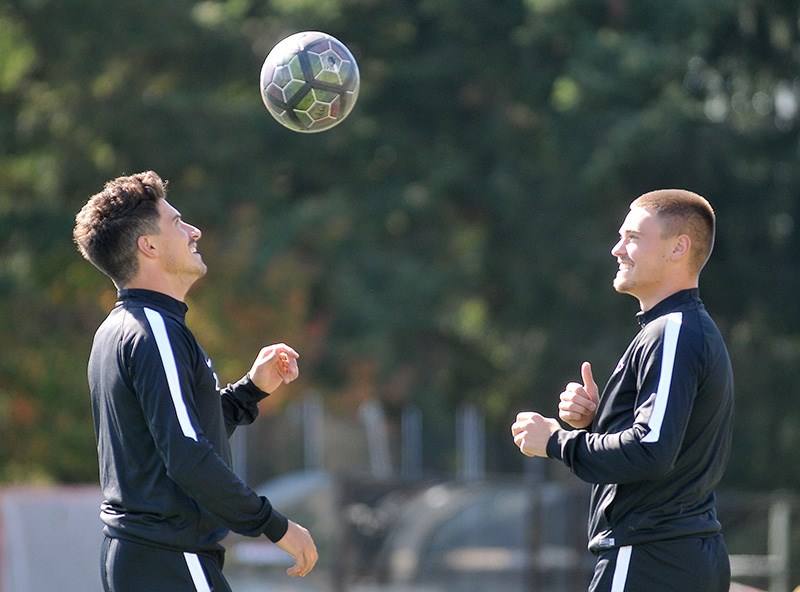 Their parents probably already know this, but Coquitlam’s Polisi brothers are all-stars. Again.

Matteo and Marcello Polisi have been named to the Great Northwest Athletic Conference first all-star team. It’s the third straight year the soccer duo that plays for the Simon Fraser University Clan has been recognized.

Both were unanimous selections.

Matteo Polisi, a junior forward, scored eight goals and added three assists. He was the sixth-best goal scorer in the conference and led in shots, averaging 3.47 every game.

Marcello Polisi scored two goals, added two assists and played every minute of every match other than the Clan’s season opener.

“I though Matteo and Marcello were very good for us this year,” said SFU head coach Clint Schneider. “I wish we’d had a better year, because some of our players probably would’ve been seen in a better light by the other coaches.”

Port Coquitlam’s Mitch Ledyard has been named the BC Intercollegiate Hockey League’s player of the week.

The Simon Fraser University Clan forward scored two goals and added an assist in the team’s 7-0 victory over the University of Victoria Vikings last Saturday at the Bill Copeland arena in Burnaby.

In total, 10 different players registered at least a point in the game for the Clan, who also beat the Vikings 4-2 in Victoria on Friday.

“All year we haven’t really been able to put together a full 60, and today we played hard, we played a full 60, played some defence and good defence turns into good offence,” Ledyard said after Saturday’s win. “That’s ideally how we’ll play all year.”

The win moved the Clan into a tie for third place with Selkirk College in the league standings, which is comprised of five teams.

The Clan host Vancouver Island University for a pair of games at Copeland this weekend, 7 p.m. on Friday and 3 p.m. on Saturday.