Port Coquitlam’s Brandon Lisowsky is replacing the horizon of the Golden Ears Mountains with a vista of wheat fields as far as he can see.
May 29, 2019 3:07 PM By: Mario Bartel 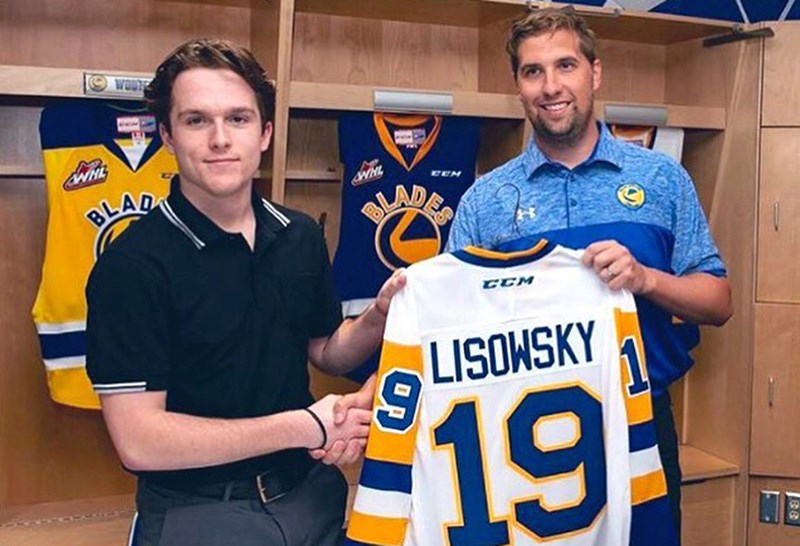 Port Coquitlam's Brandon Lisowsky has signed to play for the Western Hockey League's Saskatoon Blades after he was the team's top selection in the league's recent bantam draft.FACEBOOK

Port Coquitlam’s Brandon Lisowsky is replacing the horizon of the Golden Ears Mountains with a vista of wheat fields as far as he can see.

The 5-foot-8-inch centreman who  played his bantam hockey for the Burnaby Winter Club’s school prep team that is based at nearby Burnaby Central secondary last season has signed with the Saskatoon Blades of the Western Hockey League. He was the team’s top pick, and ninth overall, in the WHL’s Bantam Draft that was held May 2.

“Brandon has an elite work ethic and level of competitiveness,” said the Blades’ director of scouting, Dan Tencer. “He’s a highly talented player from a skill perspective with an especially gifted knack for scoring goals.

The Blades finished second in the WHL’s East division, with 98 points in 68 games. They were ousted from the league’s playoffs in the second round by the Prince Albert Raiders.

On his Twitter feed, Lisowsky said he’s “excited for what the future holds.”

Prior to the draft, The Hockey News had Lisowsky listed as one of the top prospects eligible to be selected, calling him “one of the most versatile forwards.”

Lisowsky scored three goals and added two assists in seven games for the Western Canada Selects, at the U15 World Selects Invitational hockey tournament held earlier this month in Philadelphia.