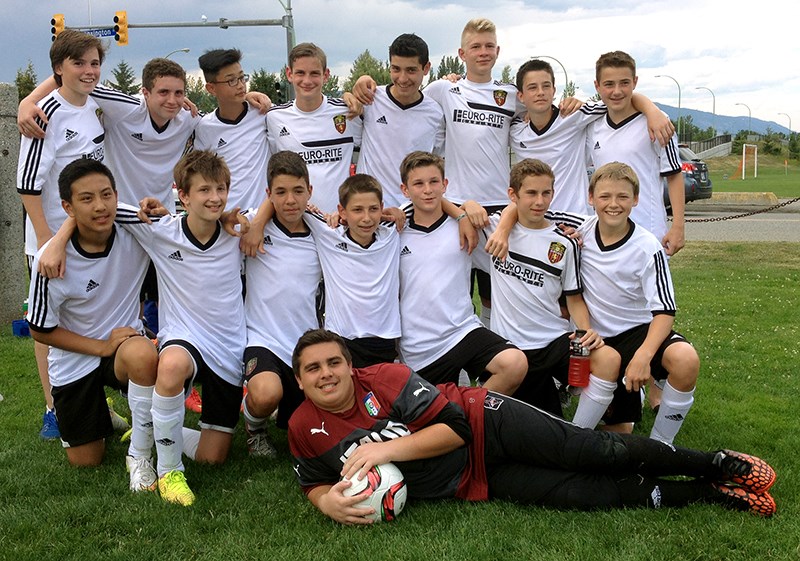 With a strong effort from goalie Gian Luca Barbato, the team did not allow a single goal during the three matches of the tournament.
Luca Manella was the MVP in a 4-0 win in the first game of the day against the Westside Lakers, while Lukas Nikula was the MVP in a 5-0 win over the Okotoks Strikers.

With 38 C weather, coaches Ben Barbato, Giulio Borella and Leo Morello managed play time and kept the club on track throughout the tournament.