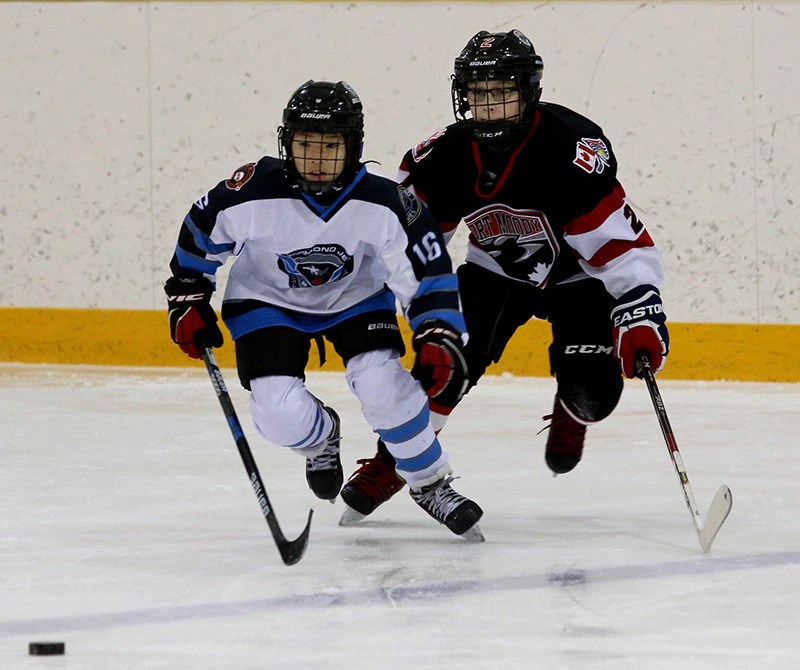 All teams in Port Moody minor hockey have been iced indefinitely after four members of the association tested positive for COVID-19 in recent weeks.TRI-CITY NEWS FILE PHOTO

The Port Moody Amateur Hockey Association has been benched indefinitely.

In a statement, association president Stephanie Naqvi said the decision to pause the season came after four of its members tested positive for COVID-19.

She said the organization learned of the first positive test on Feb. 4 and immediately paused activities for the affected team. Five days later, another person tested positive and more teams were put on ice. The next day, two more people tested positive and the decision was made to shut down all activities.

The decision will be reviewed Feb. 24, in consultation with public health authorities.

Naqvi said all teams in the association were just practicing on their own in accordance with return to play guidelines set out by Viasport and BC Hockey.

“We feel it is the most appropriate measure to minimize health risk for players, arena staff and related user groups,” said the statement, adding the association would make no further comment.

Port Moody has become a sudden hot point for COVID cases. On Tuesday, Fraser Health alerted patrons who attended a trivia night at St. James’s Well pub in Newport Village on Feb. 2 monitor themselves for symptoms, and on Feb. 12 the establishment announced on its Facebook page that customers and staff at the pub between Feb. 2 and 7 had contracted the contagion and it would shut down for the Family Day weekend for a deep clean. A sign on the door Wednesday said it would reopen on Thursday, Feb. 18.

As well, five schools in the city have issued notices of COVID-19 exposures, and the principal of Mountain Meadows elementary has been asked to self-isolate for 14 days.

— with files from Diane Strandberg

Minor lacrosse nationals cancelled, but no decision yet on Minto and Mann cups
May 11, 2021 11:39 AM
Comments