Port Moody Panthers kept off local ice, prepare for string of away games 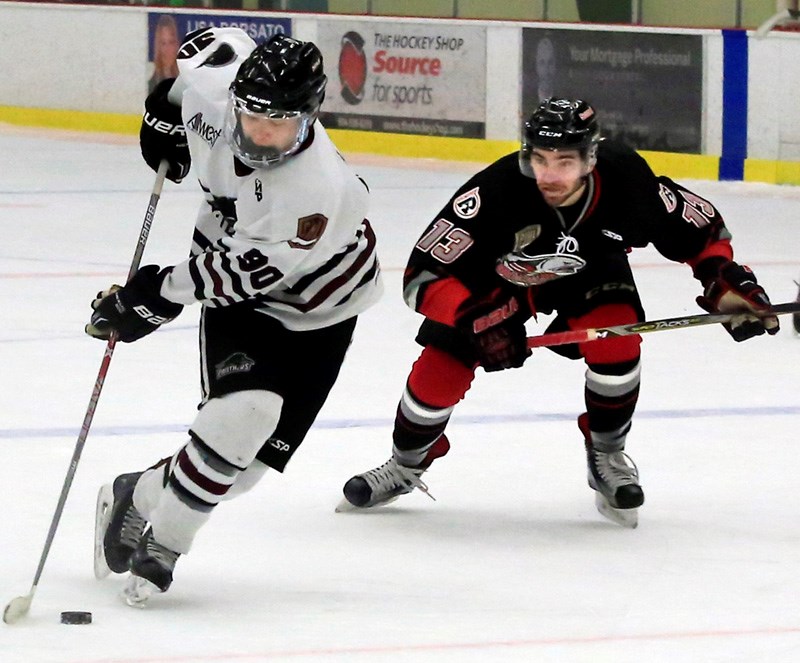 The Port Moody Panthers junior hockey team still doesn't know when it might be able to host games at the Port Moody recreation centre.

Like their namesake, the Port Moody Panthers junior hockey team may be forced to lead a solitary existence roaming across a vast territory.

With the Pacific Junior Hockey League scheduled to launch a “soft” opening on Oct. 15, the team has yet to secure permission to play games at the Port Moody recreation centre because of ongoing public health restrictions implemented to limit chances of spreading the novel coronavirus that causes COVID-19.

That’s sent general manager Brian Wiebe scrambling to find available ice in other venues from Burnaby to Abbotsford as he looks to buy time in hopes the team can gain full access to its Port Moody facilities by Nov. 1, when the league is committed to starting its 36-game season in earnest.

Wiebe said while the Panthers have been able to practice at the recreation centre since it was reopened in September, it still can’t make use of the dressing rooms, including its own dedicated space.

Wiebe said the team has been able to work around that through its training camp and for practices by having players show up at the rink almost fully dressed in their hockey gear, or changing in the parking lot, but that will be untenable once games start to be played.

“We’ve got players coming from all over,” he said. “They’re not kids getting dropped off and picked up by their parents.”

Wiebe said the team and league have extensive protocols in place that meet and even exceed the third phase of provincial return-to-play guidelines to ensure the safety of players, coaches and officials.

“We need to get the rubber on the road and get going,” he said.

Ron Higo, Port Moody’s general manager of community services, said the city is continuing to look at options for access to dressing rooms.

“There are some issues that need to be resolved before that can happen,” he told the Tri-City News, adding an update will be provided to user groups by the end of October or early November.

PJHL commissioner Trevor Alto said the Panthers aren’t the only team facing challenges as each of the 13 communities in which it operates seems to be moving forward on its reopening plans according to its own timetable and comfort level. That may complicate plans to launch the coming season, but it’s important to keep the lines of communication open.

“We’re looking for a bit of a runway on how we can put this together,” he said.

Alto said while the league’s business model will allow it to operate without fans in the stands, teams and officials need access to dressing rooms and capacity limits have to be massaged to accommodate not just players on the ice from both teams, but also coaches, trainers and volunteers that help out by running the score clock or manage the penalty box.

He said the league has gone above and beyond to demonstrate its commitment to safety by acquiring face masks that attach to helmets for all its players.

“These are all the things we’re trying to bring forward,” he said, adding the league is ready to make amendments as required.

“Our plan is a working document. Things will be added week-to-week, month-to-month.”

Meanwhile, Wiebe continues to work the phones in conjunction with the Panthers’ partners in its cohort, the Grandview Steelers and Richmond Sockeyes, to find a solution that could mean the team will have several homes-away-from-home when games resume.

“It’s a bummer you lose the home ice advantage,” he said.