Port Moody's Jenna Buglioni will play for a championship in her first season with the Ohio State Buckeyes women's hockey team.
Mar 7, 2021 9:21 AM By: Mario Bartel 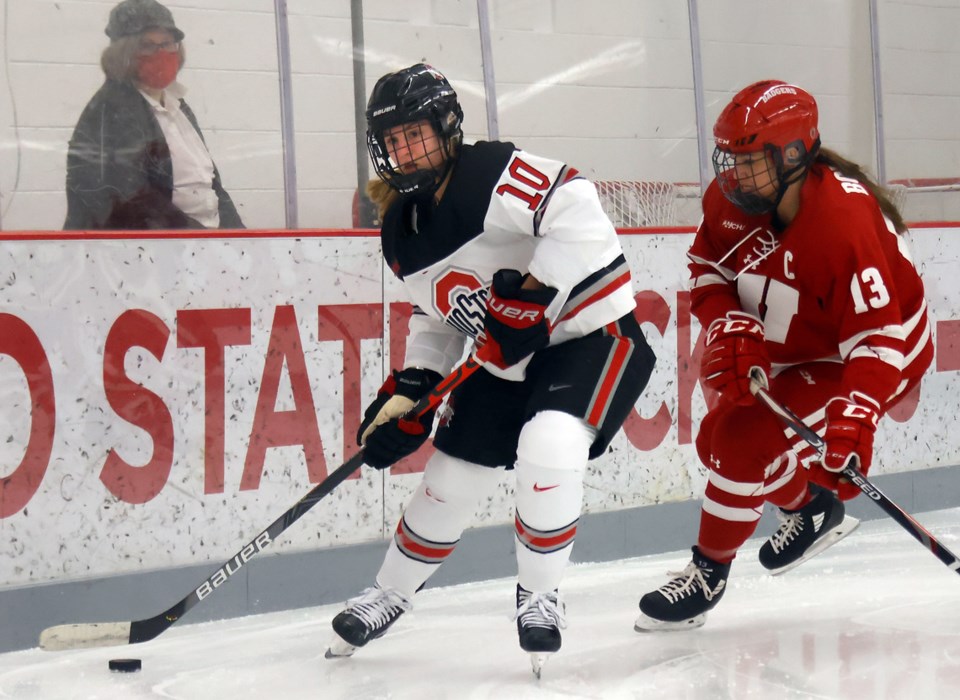 Port Moody's Jenna Buglioni corrals the puck for the Ohio State Buckeyes in a game against the University of Wisconsin.OHIO STATE ATHLETICS

But their season isn't over yet.

Ohio State, which finished the regular season with 12 win and six losses, will play Boston College March 16 in the quarterfinals of the NCAA national championship tournament at Erie, Pa.

The final was a rematch of last year’s championship game, that was won by Ohio State, 1-0, in overtime. The two teams split their regular season match-ups; each won twice.

Ohio State advanced to the final after defeating Minnesota-Duluth 7-2 in Saturday’s semi-final in Minneapolis, Minn.

Buglioni had two assists in that game as the Buckeyes scored five times in the second period after the teams had traded goals in the first period. It was Ohio State’s first game since Feb. 13 after the team’s final two regular season matches, against St. Cloud State, had to be cancelled when the Huskies were forced to pause all team activities for seven days due to COVID-19 protocols.

Buglioni finished the regular season with 12 points in 16 games. That was just one point behind the team’s scoring leader, Tatum Skaggs. She was also named to the WCHA’s all-rookie team.