Port Moody's Michael Crouse hit a homerun to help Canada upset Cuba on Tuesday in an Olympic qualifying tournament in Florida.
Jun 2, 2021 11:44 AM By: Mario Bartel 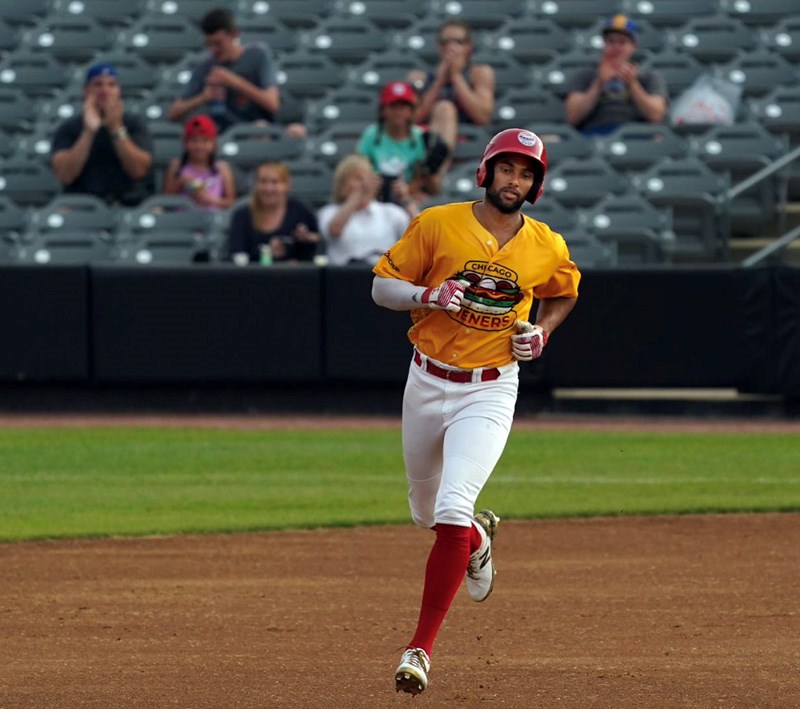 Port Moody's Michael Crouse goes into his homerun trot during a recent home game of the Chicago Dogs, a minor pro baseball team in the independent American Assocation. Tuesday, he hit a homer to help Canada's national baseball team defeat Cuba, 6-5, at an Olympic qualifying tournament in Florida.CHICAGO DOGS PHOTO

A homer by Port Moody’s Michael Crouse puts Canada’s national baseball team a step closer to achieving its Olympic dream after a 6-5 win over Cuba on Tuesday (June 1) at the WBSC Baseball Americas Olympic qualifying tournament in Florida.

Crouse’s solo shot came with two out in the seventh inning and boosted Canada’s advantage to four runs.

But it wasn’t enough, as an infield single by Canada’s Jacob Robson that scored JD Osborne in the top of the eighth inning proved to be the margin of victory.

In addition to his homerun, Crouse — an outfielder who’s in his second season playing professionally for the Chicago Dogs of the independent American Association — also walked and stole a base.

The win over seventh-ranked Cuba was 13th-ranked Canada’s second in two starts, earning the team one of four berths in the tournament’s super round June 4 and 5. The team with the best record coming out of that earns an automatic place as one of six teams at this summer’s Olympics in Tokyo, Japan.

The teams that finish second and third will get another chance to make it to the Olympics at a subsequent qualifier in Mexico.

Cuba's loss knocked it from any hope of making the Olympics for the first time. It won gold three times and silver twice in the five Olympic tournaments that were played from 1992 to 2008.

The sport is returning to the Games in Tokyo, but it won’t be played at the 2024 Paris Olympics.

Canada opened the qualifier with a 7-0 win over Colombia in which three pitchers combined for a no-hitter. The team plays unbeaten Venezuela today to determine first place in group play.

Canada’s played twice before in the Summer Olympics baseball tournament. In 2004, it lost the bronze-medal game against Japan.