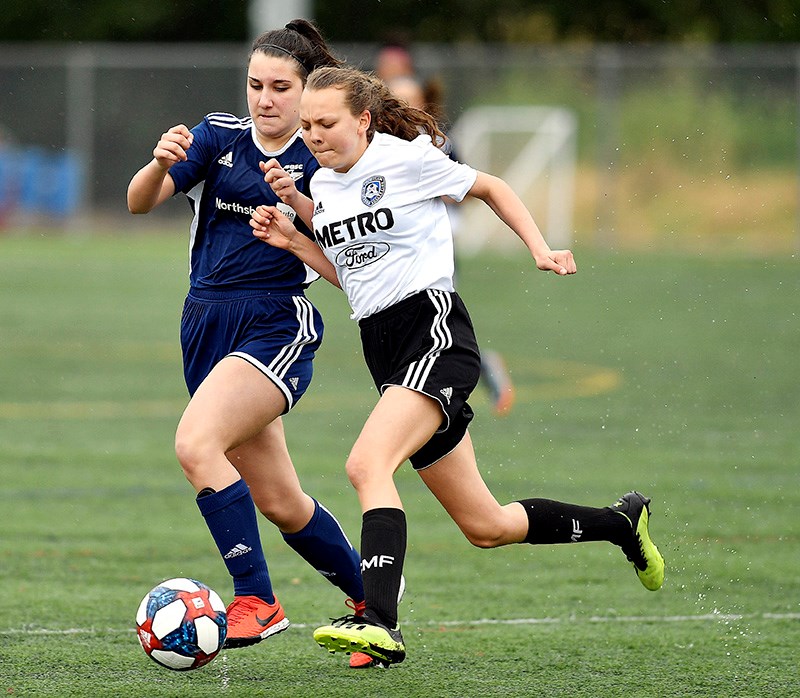 The Port Moody 01 AC Selects won their fourth provincial title in five years by downing the Upper Island Riptide 5-1 in the Provincial A Cup under-18 boys soccer final in Surrey on Sunday.

Carsen Maurice, Aaron Colbourne, Patrick Ruszczyk, Ethan Ast, and Farzad Rajabali scored for the Selects in the final. In the round robin, Port Moody defeated Kelowna United 4-2, Upper Island 2-0 and the Surrey Selects 2-0.

The Selects went undefeated this season with 23 wins and two draws out-scoring opponents 98-19.

Colbourne and Ruszczyk will play for Simon Fraser University’s men’s soccer team this fall while Kai Vockeroth will join the Clan in 2020. Goalkeeper Josef Knittel will play for the University of Victoria starting in the fall.

The Port Moody club was a double winner with the AC Selects 05 squad defeating Vancouver Island PL Storm 3-2 on goals by Kai Rawnsley, Aidan Campbell and Luca Cherry. The team, also coached by Sulentic along with Adam Sherriff, was undefeated in the regular season at 16-0.

The PoCo Euro-Rite Castilian Juniors also captured a Provincial A Cup crown by defeating Fraser Valley 3-1 in the under-16 girls final. The win avenged a 3-0 loss to Fraser Valley in the round robin. The Juniors also defeated Upper Island Storm 2-1 and Kelowna United 2-1.

The Coquitlam Metro-Ford Predators lost the under-13 girls final 1-0 to the Richmond Girls Red Bulls while the organization’s U14 girls team, CMF Shockwave, finished third in its division downing Victoria South Surge 1-0. PoCo also came third in the U18 girls by beating Gorge-Lakehill 4-1.

In other boys A cup play, the Port Moody AC Selects defeated VIPL Storm 5-1 to claim third place in U15 while CMF Inter finished fourth suffering a 6-1 loss to Langley.

At the Provincial B Cup championships in Burnaby, the CMF Thunder were defeated 1-0 by the North Shore Girls Avalanche in the under-14 final.

1656
Letter: New Coquitlam residents need to adapt to living on the edge of wilderness
884
‘What are they waiting for?’ asks Coquitlam parent worried about long wait for school isolation letter
833
Dentists, midwives and more approved to assist in B.C. vaccination clinics
750
Parent says Port Moody minor hockey not giving a full account of its COVID cases
708
New garden centre hopes to take root in Port Moody