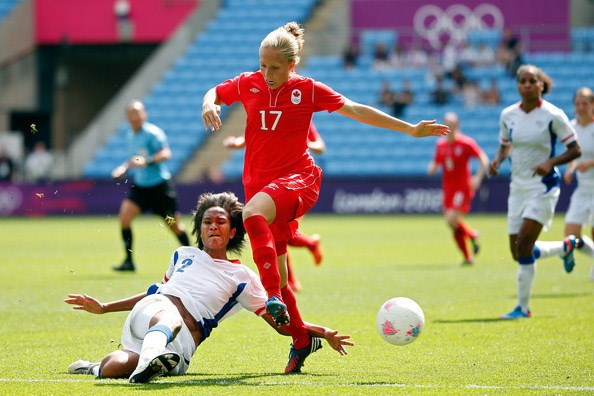 Brittany Baxter (nee Timko) will be bringing her national team experience to the Port Moody Soccer Club as she takes over as head coach of the organization.Submitted Photo

Soccer has taken Brittany Baxter (nee Timko) all around the world but now she is bringing her skills back home.

The former Canadian women’s national team player has been named head coach of the girls program with the Port Moody Soccer Club in what club president Matthew Campbell said is a retooling of the organization’s operations.

“The appointment represents the first step in a major investment by the club in our girls soccer program,” he said in a press release. “Brittany will work with [technical director Johnny] Sulentic to develop a soccer curriculum that will be geared to improving our girls technical program.”

Baxter grew up in the Tri-Cities and, at 16, was the second youngest national player ever to don the red and white when she joined the national program in 2002. The striker-midfielder played in more than 100 international games, including World Cups and Olympics, earning a bronze medal during the London Games in 2012.

She won the Golden Boot Award when she scored seven goals during the 2004 FIFA U20 World Cup, where she competed with the Vancouver Whitecaps and the W-League in 2003.

With the University of Nebraska, where she graduated with a bachelors’ degree in psychology with a minor in sociology, she registered 40 goals and 40 assists — one of less than 50 players to accomplish the feat in league history.

Campbell said in Port Moody, Baxter will oversee the development of curriculum, while working with the club’s players on field for academy training.

“The executive believes that this experience, together with Brittany’s personality and dedication to the sport, will be a perfect match for our club,” he said. “We are very excited about having Brittany on our team.”