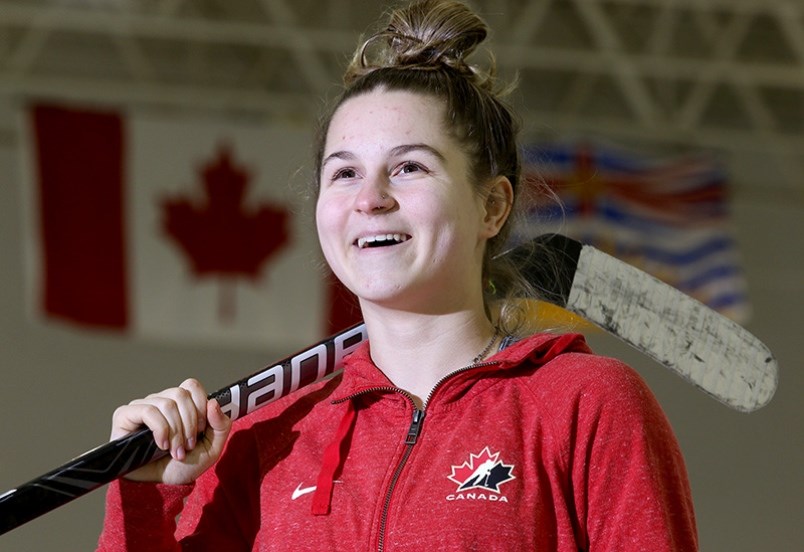 Port Moody's Jenna Buglioni is in her freshman season at Ohio State university after playing with Canada's national women's hockey team at the IIHF U18 world championships last January.

The Gleneagle secondary grad scored with 40 seconds remaining in the first period of last Friday’s home opener at the OSU Ice Rink to give the fourth-ranked Buckeyes a 3-1 lead over top-ranked Wisconsin Badgers.

A 5-0 loss to the Badgers on Saturday dropped Ohio State’s record to two wins and two losses after a season-opening split against No. 3- ranked Minnesota Nov. 20 and 21.

Buglioni headed to Ohio State earlier in the fall after helping Canada's national U18 women's team to a silver medal at the IIHF U18 women's world championship in Bratislava, Slovakia last January.

Meanwhile, Port Moody’s Kent Johnson had an assist as his University of Michigan Wolverines dropped a pair of weekend games to Notre Dame, 3-2 on Friday and 2-1 on Saturday. Both games were played at the Yost Ice Arena in Ann Arbor.

The losses were the first of the season for the Wolverines, which were ranked fourth heading into the weekend series.

Johnson’s assist was his seventh of the season, tops on the team.

Michigan travels to State College, Pa., for a pair of games against the Penn State Nittany Lions on Wednesday and Thursday.

Buglioni next sees action when the Buckeyes host Minnesota on Dec. 11 and 12.