U Sport student-athletes sidelined through fall — at least 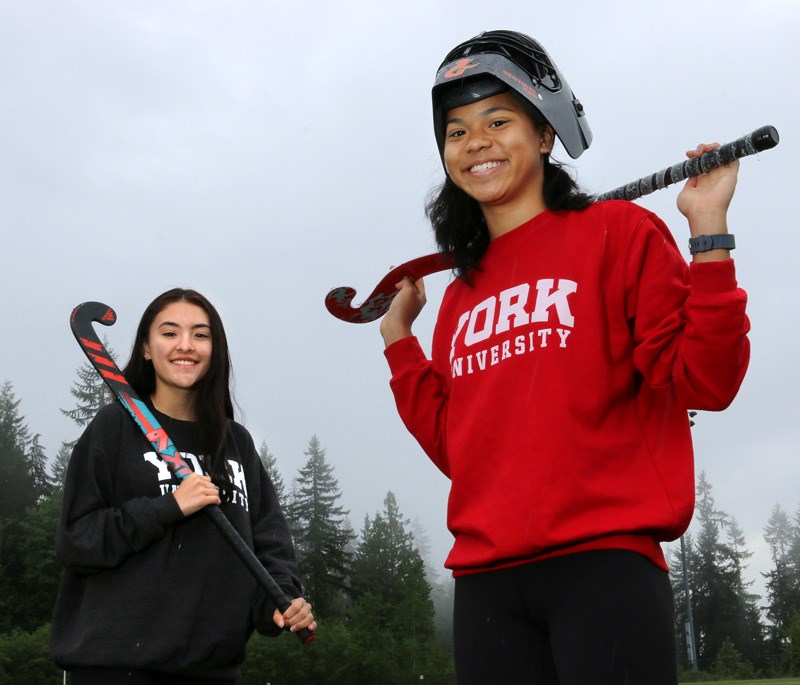 Jade Lew, right, and Caitlin Miller are the latest field hockey players from the Tri-Cities to head to the York University Lions in Toronto. But Monday, U Sports announced the cancellation of all national championships along with competitive play for fall term sports.

Local student-athletes heading to Canadian universities in the fall will find themselves with more time to concentrate on their studies.

Monday, Canada West joined Ontario University Athletics and Atlantic University sports in cancelling all competitions for team sports in the first term of the 2020/’21 season. U Sports also announced the cancellation of all national championships for first term sports.

Decisions on the fate of individual sports like men’s and women’s golf, cross country and swimming will be made by July 15.

Sports that span two terms, like hockey, volleyball and basketball won’t be able to commence their schedules until next January, with a determination to be made on their full seasons, as well as those sports played exclusively in the second term, by Oct. 8.

Although, said Clint Hamilton, the president of Canada West and the athletic director at the University of Victoria, without a vaccine “ it’s going to be hard to envision us playing a January to March season.”

All student-athletes will still be eligible to receive financial assistance like athletic scholarships as long as they’re students in “good standing” and they won’t be charged a year of their eligibility to play.

The decisions about the upcoming season weren’t easy ones to make, Hamlton said.

“Health and safety is at the forefront of everything we do,” he said. “Simply put, there was no way to adequately ensure the safety of everyone involved in university sport during competition this fall.”

Hamilton added while professional sports continue to plot ways to return to competition, university sport doesn’t have the resources to minimize the risk of infection during competition.

He said athletes will be able to make their own decisions about resuming their training in accordance with policies at their school as well as provincial health guidelines.