The COVID-19 pandemic sidelined Port Moody's Al Murdoch from his job announcing goal scorers and penalties at Vancouver Canucks' home games. But he found a new way to connect with fans and stay in the game.
Dec 29, 2020 1:28 PM By: Mario Bartel 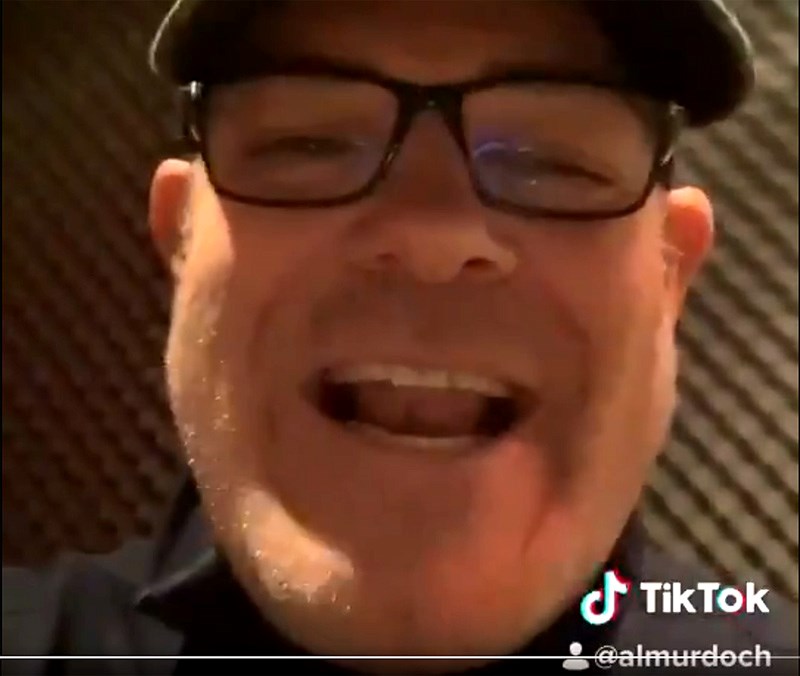 SCREENGRAB Vancouver Canucks public address announcer Al Murdoch, a Port Moody resident, makes the call on a goal by Elias Pettersen. He rode out last spring's shutdown of the NHL season by continuing to make goal calls on his social media channels.

The voice of Port Moody’s Al Murdoch hasn’t boomed across the rafters at Rogers Arena since last March.

But that doesn’t mean the Vancouver Canucks’ public address announcer has been quiet.

Like the rest of the sports world, Murdoch was shut down when the National Hockey League suspended its season on March 12, the day after an NBA player tested positive for the coronavirus that causes COVID-19, forcing the abrupt cancellation of a game that was scheduled to start moments later.

Murdoch, who’s been calling goal scorers and penalties at Rogers since 2011, was looking forward to an important game with playoff implications that coming Sunday against the Winnipeg Jets.

Instead, he called three imagined goals for the home team on his social media feed. The fans responded.

For the next several months, until the NHL resumed play in August, Murdoch posted goal calls that he recorded daily in his home studio, first of favourite Canucks, then personalized requests. He said it was a fun distraction.

“The personalized goal announcements were a ton of fun to do for hockey fans, who, like me, were missing the game they love to watch,” Murdoch said. “It was incredible connecting with Vancouver Canucks fans and hockey fans in general from all over the world via social media.”

Murdoch said the pandemic and the consequent shutdown of his beloved gig that he took on when former Canucks’ announcer John Ashbridge eased away from the microphone in 2011, gave him a renewed appreciation for the uniqueness of his position.

“It’s my ‘happy place,’” Murdoch said of making announcements at Canucks’ games. “The pandemic has forced me to slow down and pay closer attention to me and my surroundings and enjoying the ‘moment.’”

He added that lesson will stay with him as he plots another social media initiative to connect with hockey fans and drive him back to the lofty perch at Rogers from which he’ll be making calls when hockey resumes.

“I miss my co-workers at Rogers Arena, the fans the game on the ice, the atmosphere of live events,” Murdoch said.