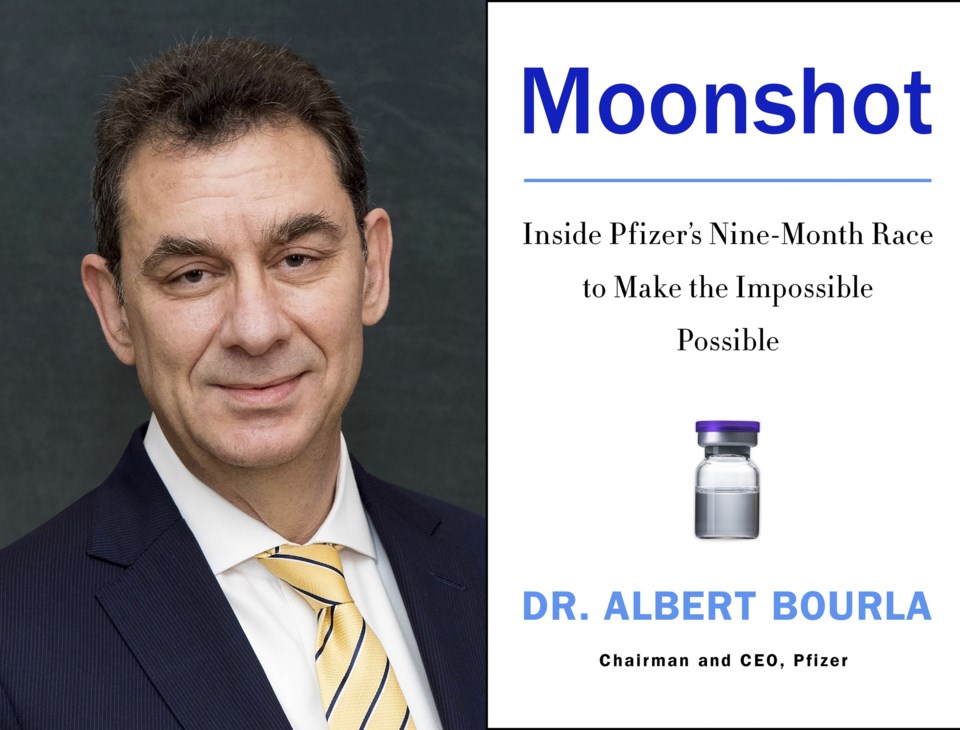 Bourla has a deal with Harper Business for what the publisher is calling “an exclusive, first-hand, behind-the-scenes story” of how the drugmaker managed to develop an effective vaccine against COVID-19 in a remarkably short period of time — months instead of years. Bourla's “Moonshot: Inside Pfizer’s Nine-Month Race to Make the Impossible Possible” is scheduled to come out Nov. 9.

“I am sharing the story of our moonshot — the challenges we faced, the lessons we learned, and the core values that allowed us to make it happen — in hopes that it might inspire and inform your own moonshot, whatever that may be," Bourla, 59, said in a statement.

Financial terms were not disclosed. Bourla plans to donate any proceeds to charity.

A native of Greece and descendant of Holocaust survivors, Bourla joined Pfizer in 1993 and rose to CEO in 2018. Pfizer last December became the first U.S. company to have a vaccine authorized by the FDA, which days later approved a vaccine by Moderna and in February one by Johnson & Johnson.

On Monday, the FDA approved the Pfizer vaccine for ages 12-15.