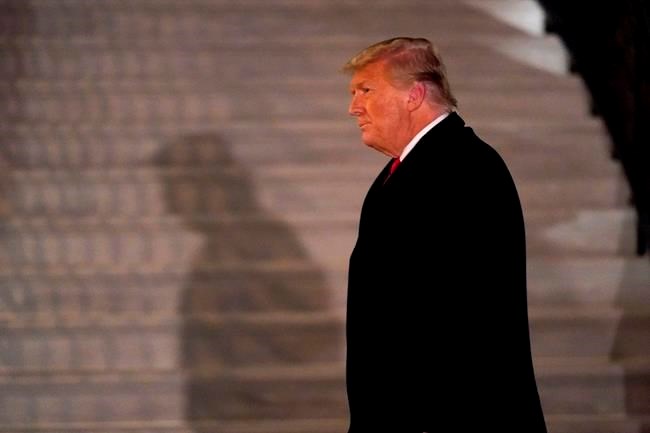 WASHINGTON D. C., Wash. — WASHINGTON, D.C. — Following last week's "day of fire," another historic reckoning arrived Wednesday for Donald Trump as members of the House of Representatives voted to impeach the U.S. president for the second time in just over a year.

Lawmakers, many of them emotionally scarred and still seething after surviving a Trump-spurred rampage on Capitol Hill, spent the bulk of the day debating a resolution accusing the president of inciting an insurrection.

In the end, Trump became the first president in American history to be impeached twice, this time by a margin of 232-197, with four abstentions. Ten Republicans — including Rep. Liz Cheney, the third-highest ranking House GOP member — broke ranks.

House Majority Leader Rep. Steny Hoyer of Maryland closed the debate with a searing rebuke of the president that urged members on the opposite side of the aisle to open their eyes to the perils Trump poses.

"There can be no mistaking any longer the kind of man sitting in the Oval Office, or his intentions and capabilities," Hoyer said.

"Donald Trump has constructed a glass palace of lies, fearmongering and sedition. Last Wednesday on Jan. 6, the nation, the world watched it shatter to pieces."

Speaker Nancy Pelosi, whose legendary battles with Trump made her a likely target for the mob, was no less equivocal when she opened debate earlier in the day.

"He must go. He is a clear and present danger to the nation that we all love," Pelosi said.

A conviction by the Senate, she said, would be "a constitutional remedy that will ensure that the republic will be safe from this man who was so resolutely determined to tear down the things that we hold dear and that hold us together."

She pilloried the president for his relentless and fictional claims of a stolen presidential election, sowing doubt about democracy and urging state officials to "repeal reality."

"And then," she said, "came that day of fire we all experienced."

After the dust finally settled Wednesday, Trump — widely pilloried for his silence during last week's riots — issued a prepared video statement from the Oval Office, claiming to be "shocked and deeply saddened" by the violence and urging his supporters to stand down.

"Violence and vandalism have absolutely no place in our country, and no place in our movement ... mob violence goes against everything I believe in," he said, a measured statement that appeared aimed at pulling focus away from impeachment.

"I am asking everyone who has ever believed in our agenda to be thinking of ways to ease tensions, calm tempers, and help to promote peace in our country."

Meanwhile, the city where he spoke was on edge, with between 15,000 and 20,000 National Guard soldiers expected in town by the time Joe Biden takes the oath of office on Jan. 20. D.C. Mayor Muriel Bowser has urged people to stay away.

"There are more troops right now in Washington, D.C., than there are in Afghanistan," said Rep. Seth Moulton, a former Marine who now represents a district in Massachussetts.

"They are here to defend us against the commander-in-chief, the president of the United States and his mob."

Throughout the afternoon, Republicans argued in vain against the resolution, most of them seeking to curry favour with their Trump-friendly constituents at home rather than convince their colleagues to change their votes.

"It will only serve to further divide a nation that is calling out for healing," said Louisiana Rep. Steve Scalise, the House minority whip.

"In times like these, let us not reach out to our darkest demons, but instead — like Lincoln — seek the higher ground."

"We should be focused on bringing the nation together," said Ohio Rep. Jim Jordan, one of the president's staunchest House allies.

"Instead, Democrats are going to impeach the president for a second time, one week before he leaves office. Why? Politics, and the fact they want to cancel the president."

House Minority Leader Kevin McCarthy, who used his time to pay tribute to the Capitol Police officers and others who put their lives on the line to protect lawmakers, said he would vote against impeachment.

But he broke with Trump by saying the president "bears responsibility" for the riot, which he called "undemocratic, un-American and criminal," and urged him to embrace the fact that Joe Biden will be president next week.

Wednesday's debate took place in a Capitol precinct transformed into an armed fortress in the days since enraged Trump supporters, convinced by the president's lies of a grand conspiracy to deny him a second term, overpowered a meagre police presence and forced their way into the building.

Five people died in the mayhem, including Brian Sicknick, a Capitol Police officer who was assaulted in the melee, and Ashli Babbitt, 35, an air force veteran who was shot by police as she tried to get to the House chamber.

Since then, the entire complex has been surrounded by a two-metre fence and concrete barriers and flooded by National Guard troops, who spent the day patrolling the perimeter. Metal detectors greet anyone trying to enter the complex or the legislative chambers.

Lawmakers arriving early were met with a striking spectacle: armed soldiers, riot gear at the ready, temporarily camped out on the floor of the visitors centre — the first military bivouac on Capitol Hill since Abraham Lincoln was president more than 150 years ago.

Cheney, the daughter of former vice-president Dick Cheney, issued a seismic statement Tuesday supporting the Democratic effort that may have encouraged other GOP members to vote against Trump.

Senate Majority Leader Mitch McConnell rejected calls for an emergency trial, all but ensuring the Senate would not take up the matter until after Biden is inaugurated and power in the chamber has reverted to the Democrats.

Conviction in the Senate, which would still require more than a dozen Republican votes, would bar Trump from ever seeking public office again, thwarting any plans he may have to run again in 2024.

And in an eyebrow-raising statement delivered to his Republican colleagues, McConnell made clear he hasn't yet made up his mind whether he will vote to convict — a cue that might encourage others in the party to consider their options as well.

This report by The Canadian Press was first published Jan. 13, 2021.

Non-essential travel ban would violate Constitution but courts might allow it: expert
Jan 23, 2021 4:00 AM
Comments

2099
Search for missing Port Moody woman takes on ‘life of its own’
1628
'It's chaos': Massive search underway for missing Port Moody woman
1583
Everything you need to know about COVID-19 vaccines in B.C.
1310
'Administrative error' leaves some UBC students owing nearly $10,000 in tuition, due within days
972
'Clinically extremely vulnerable': Are you first in line to get vaccinated in B.C.?