Toronto Blue Jays general manager Ross Atkins says it was a "failure" on his part that he was unaware of any incidents of sexual harassment by former pitching coach Mickey Callaway during their time together with the Cleveland Baseball Team.
Mar 4, 2021 10:53 AM By: Canadian Press 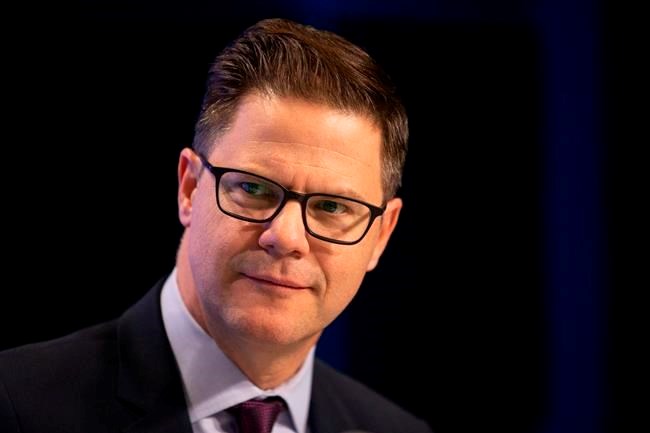 Toronto Blue Jays general manager Ross Atkins says it was a "failure" on his part that he was unaware of any incidents of sexual harassment by former pitching coach Mickey Callaway during their time together with the Cleveland Baseball Team.

Atkins told reporters in a video conference Thursday that it was "heartbreaking" that the proper channels were not in place in Cleveland for those facing harassment to seek support.

"As a leader it's our responsibility to ensure that our staff feels safe, supported, and I deeply apologize to anyone who ever faced harassment or didn't feel comfortable to come forward," he said.

"This is the type of behaviour that should not be tolerated and something that we need to work harder on in the game and the industry and this world to ensure that it doesn't happen."

Atkins' comments come after a report published Tuesday by The Athletic that said several former Cleveland employees had come forward in the last month to say the team's front office was aware of Callaway's conduct.

One employee told The Athletic that Callaway’s behaviour was “the worst-kept secret in the organization.”

Atkins joined Cleveland's front office in 2001, and five years later was promoted to director of player development, a position he held when Callaway was hired in 2010.

Atkins was promoted to vice-president of player personnel after the 2014 season before joining former Cleveland president Mark Shapiro in Toronto in 2015.

Callaway was with the team until 2017 — serving as the pitching coach for five years — before he was hired as manager of the New York Mets.

He has been suspended as the Los Angeles Angels pitching coach, pending the outcome of Major League Baseball's investigation into the sexual harassment allegations.

When asked about being part of the front office that hired Callaway in 2010, Atkins said Cleveland's vetting process "clearly was not good enough."

"We have always been process-focused and values-driven in how we hired," he said. "Respect is a huge part of our values and always has been a huge part of Mark's, but we didn't have a good enough process at that time."

Atkins said during his time at Cleveland, as a player, coach and executive, that he felt drawn to the team's "inclusive nature."

"Although we failed, that those allegations occurred and we didn't have the right channels for people to come forward, I did at the time feel very good about all the people that were leading me and the culture that Mark created there," he said.

This report by The Canadian Press was first published March 4, 2021.

All three Canadian MLS teams have got first round of COVID-19 vaccinations
Apr 21, 2021 6:03 PM
Comments