LAKELAND, Fla. — A lack of control from Toronto's pitchers was a factor in the Detroit Tigers' 8-2 win over the Blue Jays in spring training action Thursday.
Mar 4, 2021 1:25 PM By: Canadian Press 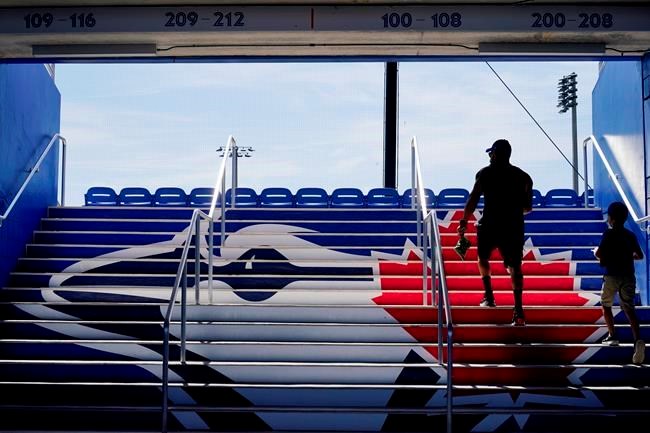 LAKELAND, Fla. — A lack of control from Toronto's pitchers was a factor in the Detroit Tigers' 8-2 win over the Blue Jays in spring training action Thursday.

The Tigers (3-2) scored eight unanswered runs in the win, with two of them coming off wild pitches.

Toronto (2-2-1) scored a run in the top of the first two innings to take an early lead. Alejandro Kirk's RBI single drove in Marcus Semien in the first, and Cavan Biggio's triple brought home Forrest Wall in the second.

Detroit got one back with a Miguel Cabrera RBI double in the third, then took control with a three-run fourth.

Derek Hill started the scoring in the inning win an RBI single, followed by a run-scoring sacrifice fly from Isaac Paredes. Toronto right-hander Joey Murray followed that with a wild pitch that scored Akil Baddoo.

Detroit scored two more in each of the fifth and sixth innings, capped by Toronto's second wild pitch of the day when Yosver Zulueta's wayward toss allowed Daniel Pinero to score.

Toronto starter T.J. Zeuch allowed two hits and a walk over two scoreless innings. Murray took the loss after giving up three runs on two hits and three walks in the fourth.

The Blue Jays got to Detroit starter Spencer Turnbull with four hits and two runs over his two innings, but the Tigers' relievers combined to allow no runs and just one hit over the next five innings. Derek Holland picked up the win.

Toronto next plays Friday afternoon against Baltimore in Dunedin, Fla.

This report by The Canadian Press was first published March 4, 2021.