Canadian star Alphonso Davies earned another honour Monday, named to L'Equipe's world team of the year for 2020.
Jan 4, 2021 9:07 AM By: Canadian Press 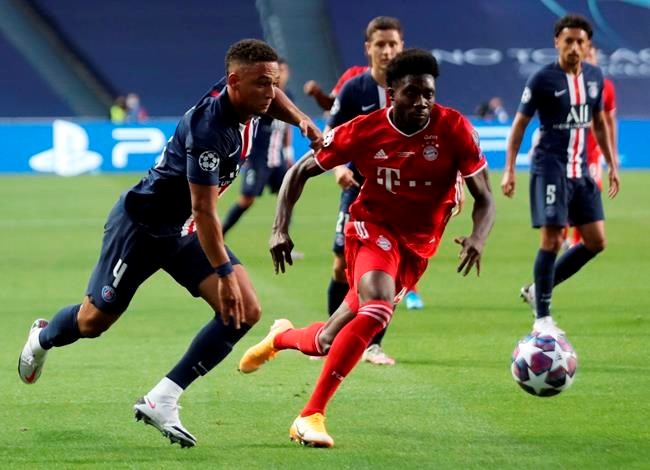 Davies has already been named to the FIFPRO men's World 11, the first North American to be voted onto the all-star squad by his peers. In 2020, he won the Champions League, Bundesliga title. DFB Cup and UEFA SuperCup with Bayern. He was named Bundesliga rookie of the year for 2019-20.

There was no place for Barcelona star forward Lionel Messi.

This report by The Canadian Press was first published Jan. 4, 2021