TORONTO — Top tier athletes in Ontario can expect to be back in action by the end of the summer. Ontario said it has accelerated its return-to-play plan for professional and elite amateur leagues as the province loosens COVID-19 restrictions.
Jun 14, 2021 5:30 PM By: Canadian Press 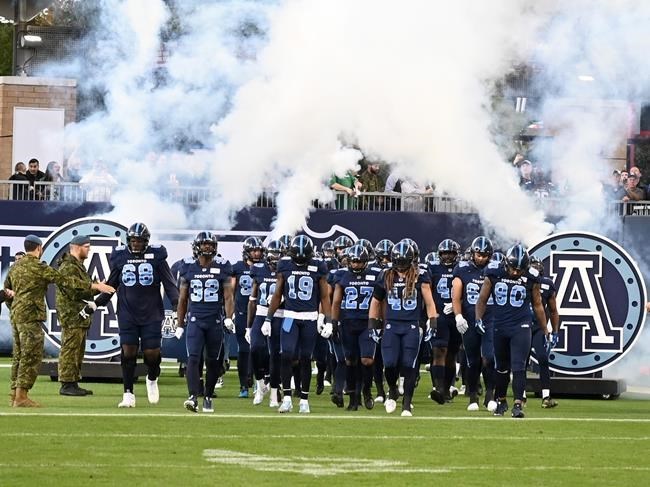 TORONTO — Top tier athletes in Ontario can expect to be back in action by the end of the summer.

Ontario said it has accelerated its return-to-play plan for professional and elite amateur leagues as the province loosens COVID-19 restrictions. Sports Minister Lisa MacLeod said on Monday that high-level teams can now hold full-contact practice and dry-land training as long as it's in accordance with provincial guidelines. Leagues will be allowed to resume games as soon as August.

The province's return-to-play plan applies to 18 leagues across six sports including the Canadian Football League, the Ontario Hockey League, Major League Baseball, Major League Soccer and the National Basketball Association among others. International and single-sport athletes may also resume training.

There is still no plan for spectators to be able to watch games in person, but MacLeod said the provincial government is working with professional sports teams to make that possible in time.

"The idea today was really to accelerate a return to play for those leagues so that they could have some certainty in their planning," said MacLeod. "I'm very mindful of the fact that we want to host the Grey Cup in Ontario and the Ticats in Hamilton are getting ready for that so this provides a lot more certainty and clarity for them.

"It allows us to have a lot of hope after we moved into Step 1 last Friday that there will be a broader return to play on the horizon and hopefully that includes spectators at a ticketed event."

MacLeod said that professional teams in largely American leagues like the Toronto Blue Jays, Toronto Raptors, and Toronto FC, are included in Ontario's return-to-play plan. However, those teams' ability to travel to and from the United States and host visiting teams from south of the border is a federal responsibility.

Toronto FC has been based out of Orlando this season and the MLS team is looking forward to possibly returning home, said general manager Ali Curtis.

"A lot of news on cross-border information. Not just today but also the last week or two," Curtis said Monday. "I'm hopeful. We are all hopeful and excited about the potential to come back to BMO Field."

TFC finished out last season in East Hartford, Conn., playing just four games at BMO Field due to the pandemic.

The CFL and OHL are the most impacted by Ontario's decision, having missed an entire season because of the novel coronavirus pandemic. The Hamilton Tiger-Cats, Toronto Argonauts, and Ottawa Redblacks all have training camps scheduled to begin in early July.

MacLeod said CFL teams may immediately begin training as long as they meet provincial safety standards and have the approval of their local public health officials.

Shortly after MacLeod announced the province's return-to-play plan the CFL's board of governors voted unanimously in favour of an amended collective bargaining agreement and starting the '21 campaign Aug. 5.

The OHL also said that thanks to Ontario's return-to-play plan that it intended to have a regular season involving all of its teams, including three franchises located in the United States.

"The Ontario Hockey League continues to prepare for the 2021-22 season and is thankful for the continued support of the Premier, Minister MacLeod and the Government of Ontario as we return to play," said a spokesman. "We look forward to dropping the puck on Oct. 7 with all 20 OHL member teams in action."

International singles competitions like the National Bank Open tennis tournament scheduled this summer at Toronto's Aviva Centre is also allowed within the framework.

"We hope to receive approval from the Ontario government on our broadcast-only protocols in Toronto soon," said a statement from the tennis tournament's organizers. "Today’s announcement from the Government of Ontario on its framework for the resumption of sport is a step in the right direction."

Public health units in all three of Ontario's largest sports markets said they're working with the provincial government and local teams to approve return-to-play plans while keeping the general population safe.

Dr. Vinita Dubey, Toronto's associate medical officer of health. said that the city's public health officers are preparing for return-to-play in the city, and that Ontario's protocols are required to ensure that professional sports teams can practice and compete safely.

Hamilton Public Health Services said it will review Ontario’s return-to-play framework and plans put forward by the leagues for the safe resumption of professional and elite sports.

This report by The Canadian Press was first published June 14, 2021.

Note to readers: This is a corrected story. A previous version incorrectly stated that this year's National Bank Open in Ontario was a women's tournament.