The return of elite domestic curling competition after a nearly 12-month absence saw a significant drop in Canadian viewership compared to last year, according to Numeris data.
Feb 23, 2021 1:19 PM By: Canadian Press 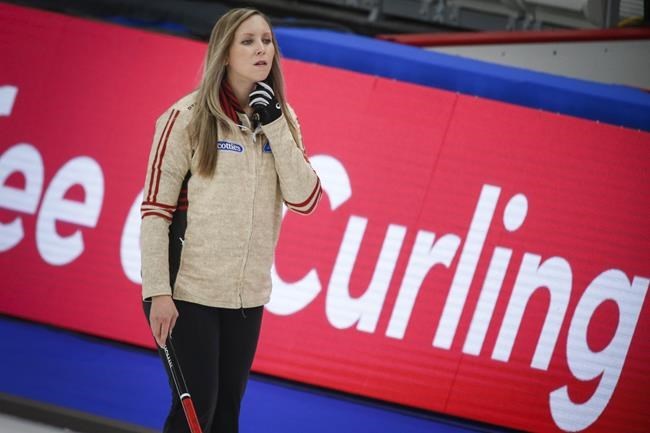 The return of elite domestic curling competition after a nearly 12-month absence saw a significant drop in Canadian viewership compared to last year, according to Numeris data.

Ratings for the opening weekend of the Canadian women's curling championship in Calgary were down 17 per cent from the same time period in the 2020 competition.

Play began Friday night with the preliminary round opener in a bubble setting at Markin MacPhail Centre. The 18-team competition continues through Sunday.

Ratings included viewers from all TSN platforms, including online and mobile.

The opening draw, which featured an all-Manitoba battle between Canada's Kerri Einarson and wild-card entry Mackenzie Zacharias, drew an average audience of 290,000 viewers.

The highest-rated weekend draw was a Sunday night game between Alberta's Laura Walker and Ontario's Rachel Homan. That matchup between undefeated skips pulled in an average of 427,000 viewers.

Over 2.8 million unique Canadian viewers tuned in for some part of the weekend coverage, the network said, adding that audiences were up 14 per cent in the adult 18-34 demographic.

That particular demographic statistic was the only one included in the network's email reply. A request for a more detailed ratings breakdown was not immediately provided.

The 2020 event featured a play-in game for the Friday night opener to determine the Team Wild Card entry.

Three wild-card teams were given direct entry into the main draw this year. A Saturday morning draw was added as the schedule had to be adjusted to include the two extra teams.

Only three teams will make the playoffs this season, down from four in the traditional Page Playoff model. The overall number of draws for preliminary and championship pool play rose by three to 22.

The top-flight Season of Champions and Grand Slam of Curling schedules were paused last March due to the COVID-19 pandemic.

Since only a handful of bonspiels were played this season, organizers used rankings from the end of the 2019-20 campaign to determine wild-card entries.

The Hearts is the first of six major bonspiels to be held at the Canada Olympic Park venue over the next two months. The Canadian men's curling championship is next on the calendar.

The March 5-14 Tim Hortons Brier will be followed by the March 18-25 Canadian mixed doubles curling championship, the April 2-11 world men's playdowns, the April 14-20 Champions Cup and the April 20-25 Players' Championship.

This report by The Canadian Press was first published Feb. 23, 2021.