Six teams from the second-tier Betfred Championship have applied to fill the Super League void left by the departure of the financially troubled Toronto Wolfpack. Bradford, Featherstone, Leigh, London, Toulouse and York all met Monday's deadline.
Nov 30, 2020 10:55 AM By: Canadian Press 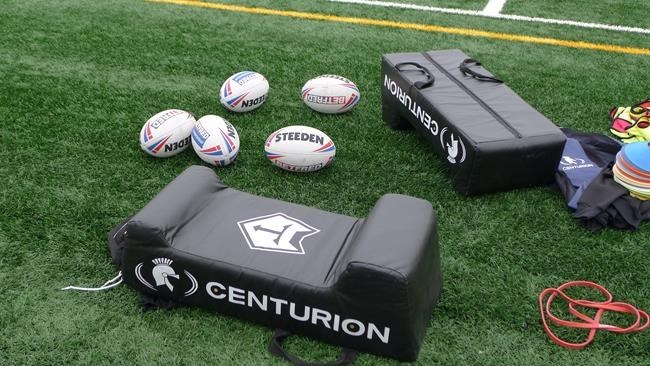 Six teams from the second-tier Betfred Championship have applied to fill the Super League void left by the departure of the financially troubled Toronto Wolfpack.

Super League, which wants to return to 12 teams in 2021, has said the winning bid will be decided by Dec. 16, although the deadline could be extended.

Toronto stood down July 20, saying it could not afford to play out the remainder of the pandemic-affected season. The transatlantic rugby league team's subsequent bid for reinstatement under new ownership in 2021 was rejected Nov. 2.

The Wolfpack remain mired in a sea of red ink with players and staff unpaid since June 10. Majority owner David Argyle, unable to fund the franchise, has stepped away. The Toronto-based Australian entrepreneur has said his ownership group poured $30 million into the franchise — with more bills waiting.

The London Broncos had a taste of the top-tier Super League in 2019 after edging the Wolfpack 4-2 to win promotion in the Million Pound Game in October 2018 at Lamport Stadium in Toronto. The Broncos were relegated on points difference after a 10-19-0 campaign in their first season.

"A strong London side opens doors in the media and commercially that Rugby League needs as a national game," Broncos CEO Jason Loubser said in a social media posting to fans.

Featherstone Rovers were on the losing end of the 2019 Million Pound Game, beaten 24-6 by the Wolfpack in Toronto. Featherstone CEO Davide Longo says that alone is "the best argument for the 12th (Super League) spot on merit."

“We believe we can offer an application as strong as any that highlights Featherstone Rovers as the best example outside of Super League of a club that has maintained a sustainable model whilst still being competitive on the pitch over the past decade," he added in a statement.

“Furthermore, the club has developed the stadium, training facilities and off-field infrastructure that is compatible to many Super League sides."

The York City Knights can point to their new home, the 8,000-capacity LNER Community Stadium.

The Leigh Centurions submitted a 430-page document to support their application.

France's Toulouse, which was on top of the Championship when play was suspended in March due to COVID-19, got support for its bid from former player and coach Trent Robinson, currently in charge of the NRL's Sydney Roosters.

"It's time for rugby league to feel the impact of Toulouse," he said in a video.

The Bradford Bulls were once a rugby league powerhouse but were relegated in 2014 after being docked points due to financial problems.

Toronto, which began life in the third tier of English rugby league in 2017, was 0-6-0 in its debut Super League campaign when the pandemic hit.

This report by The Canadian Press was first published Nov. 30, 2020