Column: Insurance for cyclists? Heck ya! 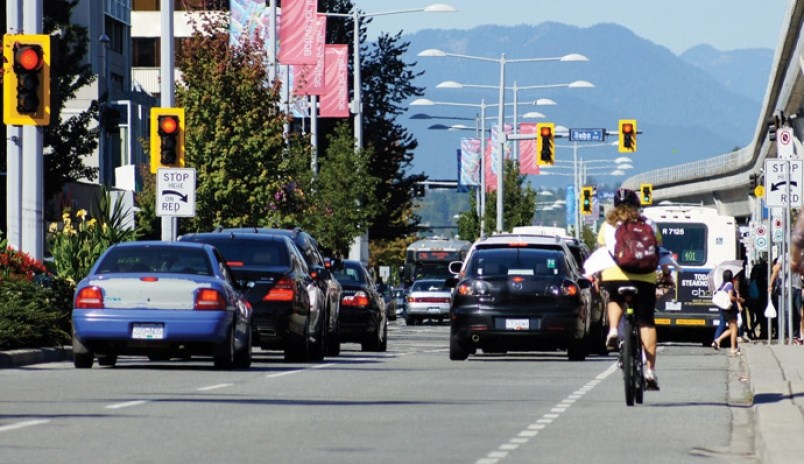 I wish I could pay ICBC to insure my bike to ride on public roads. Every time someone says, “If cyclists wants to be allowed to ride on the roads and have the same privileges as cars, they should have to have insurance,” I tell them they are absolutely right.

What? A cyclist saying yes, he should have to insure his bike?

Please, let me pay to insure my bike but with one condition: That insurance must give me the same benefits as a motorist.

As an example, I pay ICBC $35 a month to insure a Honda scooter, which I think is comparable to a bike. Sure, it has a gas engine but it has a top speed of just over 50 km/h, it’s only allowed on roads (not highways) and, just like a bike, it can be stolen in under 60 seconds. So let’s pretend I now have bike insurance through ICBC for $35 a month that matches the same coverage as my scooter. How would things be different from how they are now?

Currently, if I’m riding my bike on the road and hit a large pothole, lose control of the bike and crash, injuring myself and damaging my bike, I am responsible for 100% of the costs — that’s up to $3,000 for a new bike plus all physical rehabilitation costs. A motorcyclist who hits that same pothole, crashes and gets injured will pay a $300 deductible and every other cost is paid for by ICBC. Win: Insured Motorist.

Currently, if I’m negligent and I crash my bike into a car on the road, break my wheel and bars, and damage the car, not only am I responsible for all the costs to repair my bike — let’s say $1,000 in this case — but I then have to work with ICBC as well as police if they were called, and settle the repair costs to the vehicle. That would be $2,500 out of my pocket instead of a $300 deductible. Lose: Uninsured Cyclist.

Currently, if another cyclist runs into me, damaging my bike — and that person then rides away from the scene — I’m responsible for the full costs of the repair or replacement of my bike. If a cyclist hits a car, damages it and then rides away, then the motorist only has to pay a $300 deductible. Win: Insured Motorist.

How could I not want insurance like motorists have?

Cyclists would save thousands of dollars and passing it on to ICBC, just like motorists do. ICBC would be paying out millions more every year in bike replacement and repair costs. I’d be so happy because just like motorists, I would rarely be out of pocket whether an accident is my fault or not.

Then we could cue up all the complaints from people saying cyclists should not be allowed to have insurance on their bikes. I’m sure of it.

Geordie McGillivray writes a column for the Richmond News, a Glacier Media sister paper of The Tri-City News.